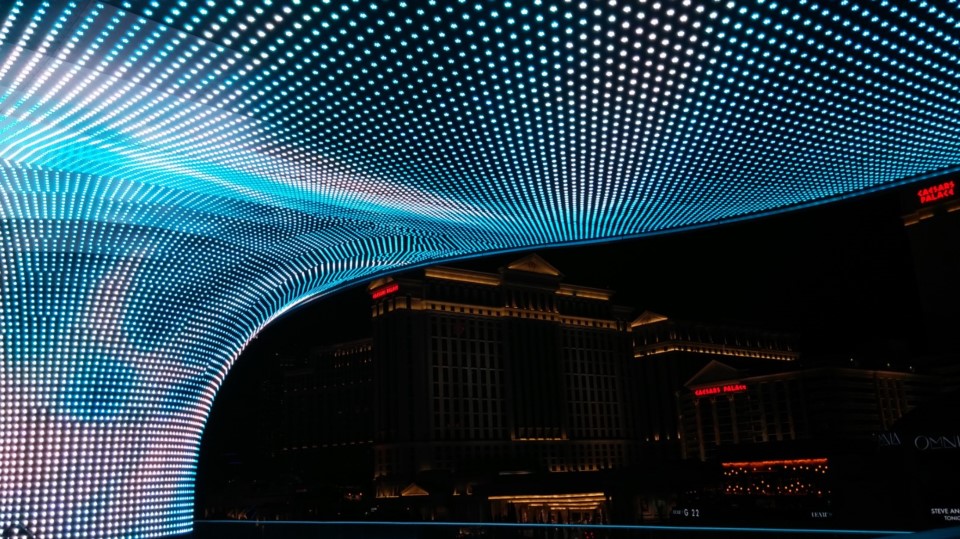 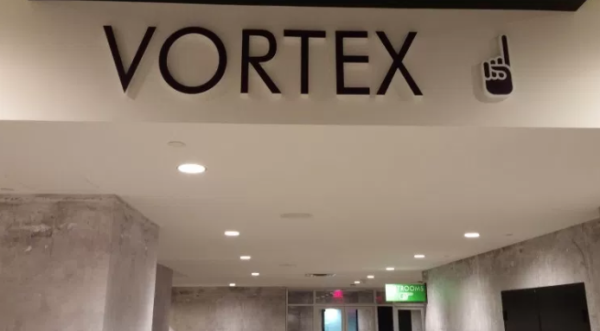 If you’re a frequent traveler to Las Vegas, you might think that you know the city pretty well.  It is, after all, one of the most visitor-friendly cities in the world.  And yet, there’s a separate side to Vegas that you may not ever see.  It’s vast, exists on many levels, and some of them are right under your nose (like the never-completed St. Regis Tower at Venetian, hidden behind a canvas facade).

Vegas photographer Greg C. and I are what he likes to call  “urban explorers.”  We get a certain thrill from finding our way to the balconies, closed-off corridors, rooftops and recesses of Vegas structures. And we’ve decided to share our discoveries with a series we’re calling “Hidden Vegas.”

My fascination with this city’s secrets was ignited back in 2007 when I lost some memory cards in front of the Mirage volcano.  Hours later I was escorted to the casino’s Lost and Found department to claim them. Luckily, that office was deep within the bowels of the Mirage.

The stroll back there seemed to take forever, and I was amazed at the enormous amount of activity that most folks would never lay their eyes on.  It was like stumbling upon a forgotten city…dazzling and unforgettable.

The Strip isn’t the only place where you can go treasure hunting. Downtown Las Vegas is a veritable goldmine for the urban explorer. There are catacombs inside just about every hotel on Fremont Street, especially at places like Binions and the now-destroyed Las Vegas Club, where closed-off hotel rooms and shuttered restaurants are just begging to be rediscovered.

While we don’t encourage doing anything illegal, it’s hard to resist the urge to peer behind a rarely-open door, especially when you have a camera or phone with you. My  buddy Scott Roeben, that cool dude at VitalVegas, has become fond of regularly posting his own “security breaches”. Perhaps it’s the reporter in us, ever-present, that hopes to catch a glimpse of the newest venue rising up behind construction barricades. Even so, if you explore, do so wisely and at your own risk.

I’m 2015, while searching for a less-crowded restroom at the premiere of Mat Franco – Magic Reinvented Nightly, I headed to the fifth floor of Linq Hotel, which was once a collection of Imperial Palace restaurants. These days it has been named the “Bloq Room” and was a temporary home to Divas Las Vegas as their theater was undergoing renovations.

On the far side of Bloq Room, a pair of open doors beckoned me towards a not-quite-finished escalator that led towards a vast outdoor space. And beyond that was…(cue the drum roll)…THE VORTEX!!!!

The Vortex might seem eerily familiar to Star Trek fans. Perhaps that’s due to its resemblance to the God-like artificial intelligence known as V’Ger from the 1979 theatrical movie STAR TREK: The Motion Picture.

The Enterprise encounters “V’Ger” in Star Trek: The Motion Picture (1979)…

You have no doubt noticed this incredible light show, which beckons visitors away from the Strip and into the pedestrian mall that now shares the Linq name with the former Quad Hotel. The colorful swirl of lights is an eye-catcher from the ground, but standing underneath it is absolutely surreal.  The dizzying, ever-changing digital tornado could easily give you a feeling of vertigo, especially if you’re prone to motion sickness. Epileptics, don’t even think about prowling around up here.

But what exactly is this space and why isn’t it being utilized? Ask the show performers and employees at Linq, and the most common response is “I heard it’s going to be a nightclub”.  So why isn’t it yet? Pure Nightclub at Caesars Palace became Omnia in less time that Vortexhas been sitting here, virtually forgotten.

Press releases stated that the renovation of Linq Theater was the final step in Linq Hotel‘s conversion.  But I wasn’t so sure of that, as my explorations also came across the former third-floor bar/food court/sportsbook, walled off and awaiting renovations.

I do know that the Vortex Deck has been used for special events, as a Fourth of July fireworks viewing party was held there that summer for Linq VIP customers. And, we spotted a small stage during our exploration that appeared to have been recently used.

According to the Vortex information page on Caesars Entertainment website, this massive space and light show can be yours…for a price. The entire deck is available for parties, catered events, concerts, weddings etc.  Prices aren’t mentioned anywhere, but we guess it would cost a pretty penny to have such a sprawling venue – with an incredible view – all to yourselves.

For us that evening, the space, the solitude, the silence…and the view…were absolutely free. And totally priceless. But with the  recent announcement of both a zip line and the bizzare Kind Heaven project, the future of this spot seems uncertain.

So, the next time you’re in Sin City, consider putting on your hiking shoes and setting out to find your own “Hidden Vegas”. But be sure to share those photos!

This article previously appeared on another site. It has been updated and expanded.