Lately, downtown enthusiasts have been crowing about Circa, the under-construction hotel casino that’s rising above Fremont Street Experience. They’re thrilled at the prospect of something shiny, new and modern. But for some of us, “Old Vegas” has lost as much as it’s gaining. Maybe even more…

Back when I first started visiting Vegas, it was a must-do to leave the Strip for downtown at least once. We’d hop on the double-decker Deuce bus to take in the grit and grunge of Fremont Street casinos. That four-block stretch had everything you could want. Loose slots, looser clothing, a multi-screen Galaxy Cinema, crazy characters and cheap drinks.

The 24-hour Original Coffee Shop in Binion’s basement was another must. I always had fun introducing friends to Alicia, the server that made every visit a special one. Alicia had a knack for handling our rowdy behavior and bad jokes while slinging a few of her own. And she served their signature chili (“with about an inch of grease”) with a great big smile. That bowl of oily goodness was a great way to start sobering up after an hour or two at the legendary Mermaid’s Casino. 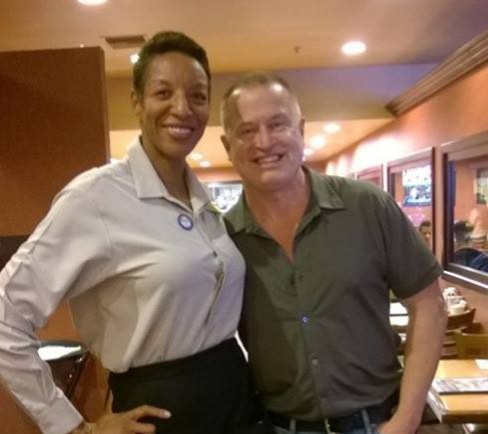 Alicia is still part of the Binion’s family… 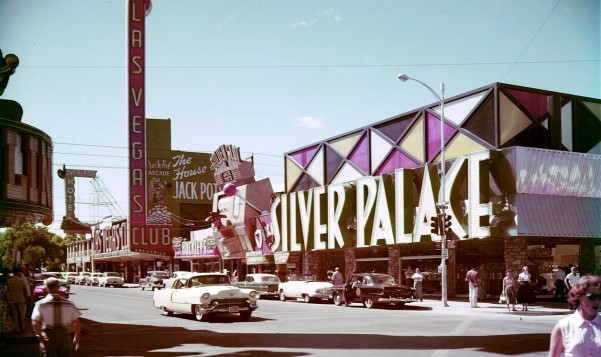 Mermaids began life as the Silver Palace Casino back in 1956. The first two-level club in Vegas, it also boasted the very first escalator in southern Nevada. That escalator took visitors to a lower-level restaurant. Fans of the movie Pay It Forward may remember Helen Hunt’s character as a blue-haired waitress in Mermaid’s fictitious basement nightclub.

Silver Palace underwent many name changes, from Carousel to Gambler’s Hall of Fame to Sundance West and Sassy Sally’s. In 1980 the building became Mermaid’s Casino and remained so until its closure on June 27th, 2016.

These days, Binion’s Coffee Shop is gone and so is Mermaids Casino. That colorful dump was the most bang you could get for your buck in the entire city…an absolute blast. You knew you were in for a good time the moment you headed for the entrance. Two ladies in absurdly-loud costumes would converge on you and your group, drape Mardi Gras beads over your heads and hand you tickets to their hourly slot-pull drawing.

Once inside, you’d be swarmed by cocktail servers, one of whom would take half of that ticket and your cocktail order. They’d often remember your order from previous visits, would suggest a slot machine that was “running hot” and find you at your chosen game when that cocktail was ready. They’d usually hand you more entries for the slot pull, too. The generosity here was off the hook.

Wandering through the small casino, you couldn’t escape the distinctive odors of Las Vegas excess…years of cigarette smoke, french fries, 99-cent hot dogs and of course the famous Deep-Fried Twinkies. There was often a lengthy line to the snack bar for those revoltingly-delicious delicacies. Plopped onto a paper plate and coated with a thick dust of powdered sugar and chocolate sprinkles, Deep-Fried Twinkies were to Mermaids what 99-cent shrimp cocktails were to Golden Gate‘s deli bar (both of which are long gone, too).

Off to one side of Mermaid’s slots-only gaming floor was a full-service bar that specialized in 99-cent frozen daiquiris. Much like sister location La Bayou (right across the sidewalk), you could purchase monster-sized varieties to take on your stroll to various other Fremont properties.

La Bayou, despite similarities in theme and offerings, lacked that intangible something that made Mermaids such a blast. Then again, La Bayou didn’t have Gabriella and Ling Ling, the two superstars of Mermaids. Always smiling, rapid-fire on the drink refills and genuinely happy to see you. these wonderful women were nearly always mentioned by guests on TripAdvisor and Yelp reviews. They were that awesome. 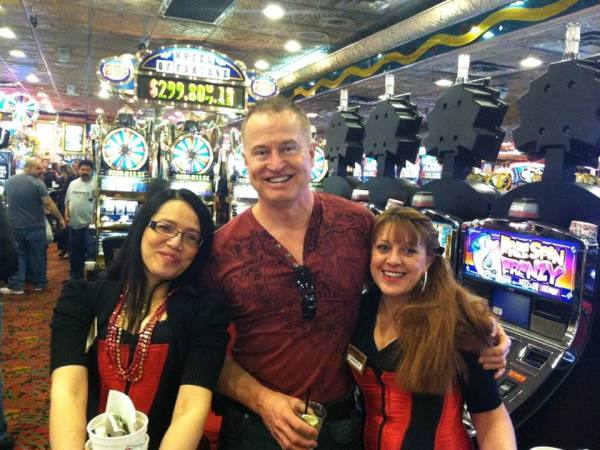 Both Mermaids and La Bayou closed in 2016. They, along with the Glitter Gulch Gentlemen’s Club, were flattened to make way for progress. The owners of Circa Hotel Casino promise nods to Mermaids and other landmarks that they took away from us. But we’ve heard that before (see the disappointing current iteration of O’Shea’s Casino on the Strip for reference).

These days I rarely go to Fremont Street despite so-called improvements. Visitation there continues to rise and the once-forgotten eastern extension has been revitalized with hip new restaurants and clubs. But for some of us, Fremont Street is now a sad imitation of its former self. And those dusty Deep-Fried Twinkies that are poised for a comeback will never taste the same.