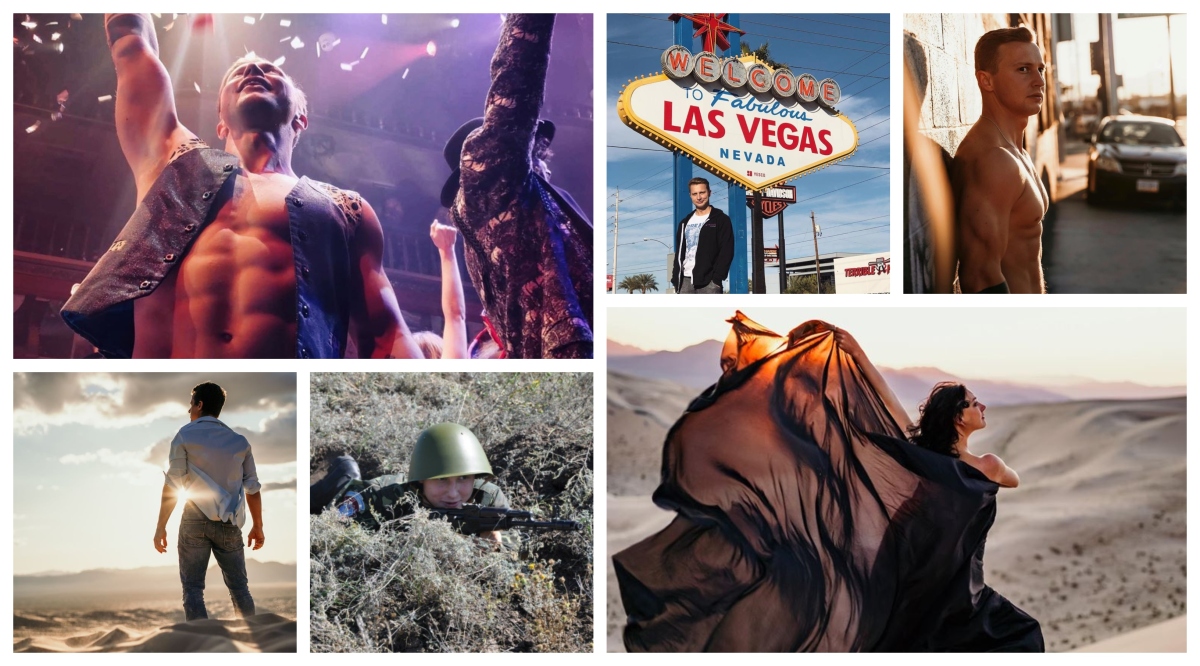 Sometimes the pressure of our daily routine makes us say “I just want to run away and join the circus”. But have you ever known someone who actually has? Well, meet a man who ditched his white-collar career for a chance at Sin City’s newest big tent spectacular.

Roman Mokrenko is a 29-year-old Ukrainian from the port city of Odessa. Known as the “Pearl of the Black Sea”, Odessa boasts amazing architecture and a renowned Opera and Ballet Theater. The natural beauty of the Ukraine is as much a part of Roman as his love for physical arts. A longtime athlete, he studied acrobatics before pursuing a career in law. While attending the National University Odessa Law Academy, he simultaneously became a Junior Lieutenant in Military School. 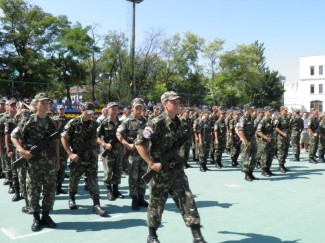 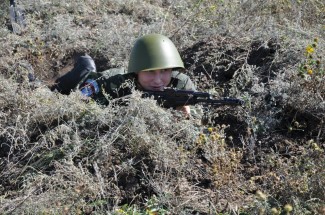 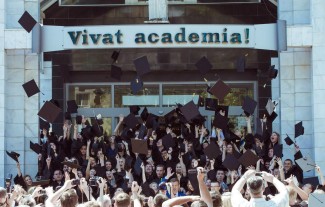 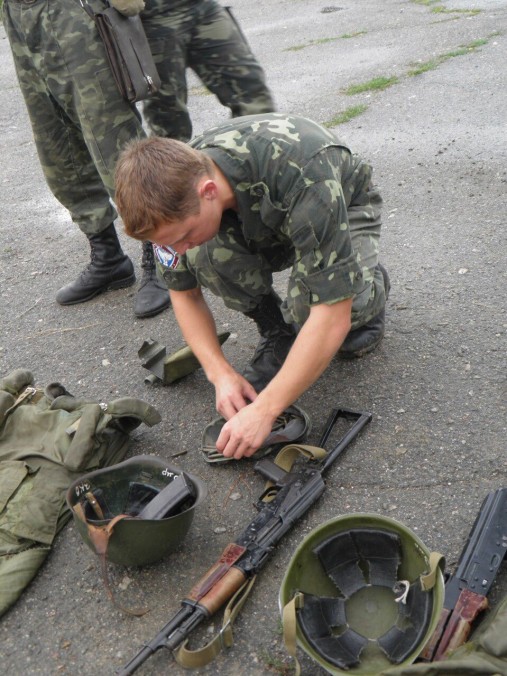 Being both a lawyer and a military officer didn’t extinguish Roman’s desire to accomplish something artistic:

One moment I just realized that this office life is not for me. I cannot live without a “scene”. Thank God I have a background in acrobatics and artistic gymnastics…I almost never stop training. There is too much energy in my head and body that I have to “splash” somewhere. 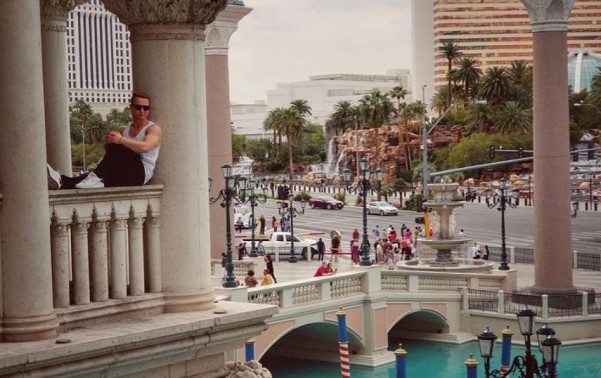 If you’re going to make a splash, what better pool than the Las Vegas entertainment scene? There are countless productions here that incorporate aerialists, gymnasts, acrobats, and contortionists. So when Roman discovered a casting call for the new circus-style show CELESTIA at The STRAT, he decided to take the plunge. 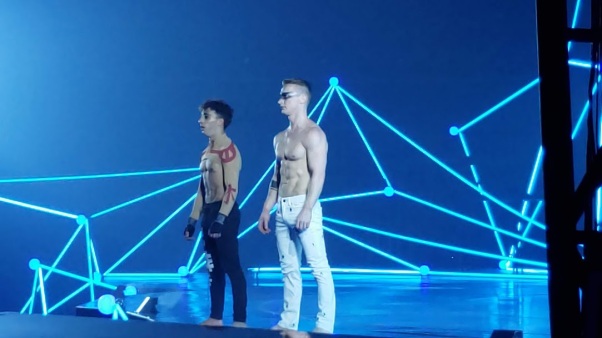 I applied for the casting without much hope. Here you can see the best artists of the world. I thought it was impossible, but now I’m here! This is my favorite part of life in Las Vegas. I have seen almost every show.

Roman arrived in Las Vegas on Valentine’s Day 2018. You might say that this was the beginning of a love affair with Sin City’s desert. Although he misses life by the sea, the excitement of performing in Vegas has allowed Roman to reach new heights. He just had to learn how to deal with the scorching climate. 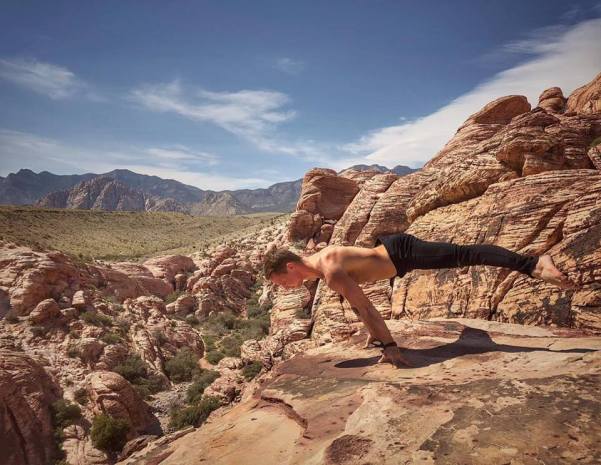 Air conditioning saves us from extreme heat. But sometimes when I have practice in the afternoon it just helps to warm up and train without a shirt. On stage, the artist must look divine. Not for nothing that I train every day and stay on these diets. If you have something to show off, then why not?

He may joke about flaunting his chiseled abs, but Roman’s physique has landed him several modeling gigs…some of them a bit unusual. 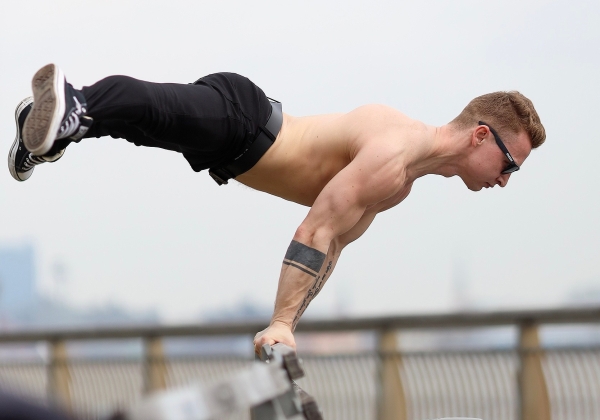 I was a sketch model several times in New York City when the show was being revised. People sit in circles, have drinks and make sketches while you’re almost naked. I’ve had several shoots with photographers…one was for a foot fetish site, haha!

That Ukrainian sense of humor came through in Roman’s character work for CELESTIA, but it’s his physical abilities that stand out. He hopes that audiences will be inspired by his feats and channel that into their own fitness journey.

We’re on our phones all the time, but we can do it with some “profit”. Keeping in shape is much easier than going in and out of form. For ordinary people (not performers), 30 minutes a day will be enough. Just walk on a treadmill and watch a movie or play a game.

When not entertaining crowds, Roman still finds himself in the company of fellow artists. After a massage and hearty breakfast at Omelet House, he heads to a very unique school:

I like Nevada Rhythmic Academy. It’s a place where I can train, invent new acts, meet artists from other shows and try something new together. There is a real aura of the gym in which I grew up.

Mokrenko is considering buying a home here in Las Vegas, but there are a few dreams overseas yet to realize:

One day I’d like to be live on a stage with Ludovico Einaudi, Max Richter, Olafur Arnalds or Hans Zimmer. They are my favorites. And I want to perform with Nederlands Dans Theater. It will be an amazing mix between ballet and aerial performance…like dancing in the air!

As is quite often the case in the Vegas entertainment environment, Roman’s time at CELESTIA abruptly came to an end. Fortunately, his talents and great looks led him to other exploits, like joining the myriad of hot guys in Sahara‘s Blanc de Blanc and Atomic Saloon Show at Palazzo.

Since the pandemic’s city-wide shutdown of live performances, he’s spent much of the spring and summer focusing on photography. Not one to shy away from showing off his hot body, the former soldier is often in front of the lens as well. And he’s wisely taken advantage of the quiet streets and sidewalks to obtain some incredible shots.

Roman agrees that now is the best time to get in shape and document your results with a terrific collection of portraits and landscape shots. To see more of his gorgeous work, visit the official Instagram gallery. If you’d like to know more or to schedule a shoot, contact him directly through Facebook messenger via this link. 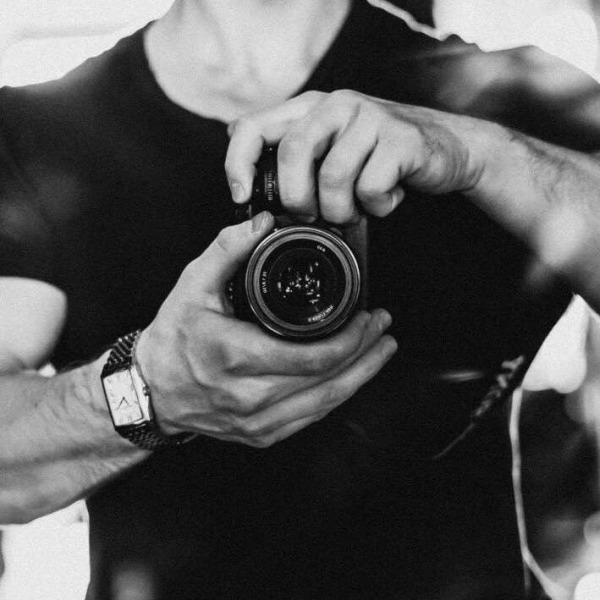