There’s something for everyone when choosing a hotel. But not all of them deserve your business…

The Venetian‘s more contemporary sister property has what it takes to satisfy your luxury needs without overt attempts at “hipness” (Cosmopolitan) or coasting on a previously-established reputation (Bellagio).

Palazzo is easily my choice for best five-star accommodations in Las Vegas.

My relationship with Westgate (aka the former Las Vegas Hilton) began three years ago….and was rocky to say the least. An unflattering article I had penned for VegasChatter.com got a very professional response from a member of the team in charge of transforming the aging off-Strip giant into a newly-born destination. 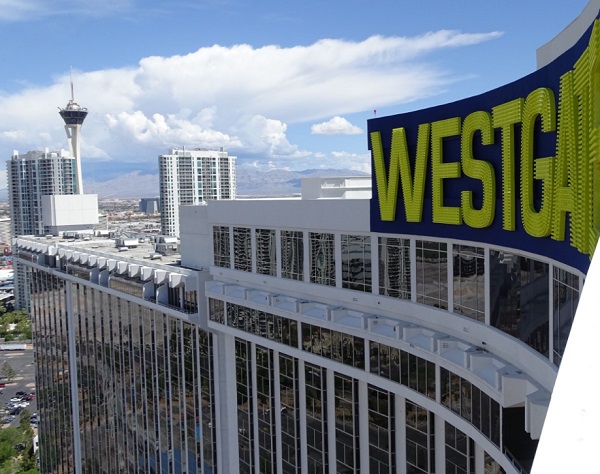 “Give us another chance. We’ve got great things happening here”. That was the message, in essence, of the Westgate Las Vegas representative. And he wasn’t just tossing some pretty words and glitter in my direction. Promises were kept…and I’ve been back many many times since. 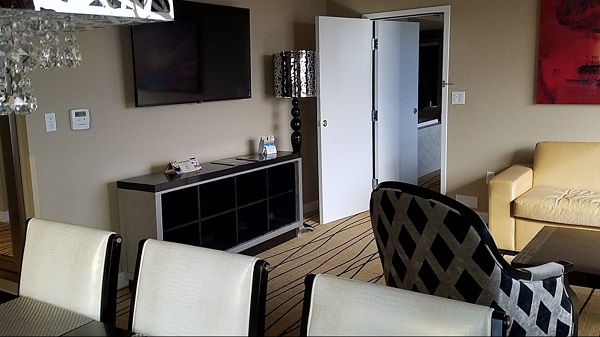 The current state of Westgate is one of gloriously-restored elegance. Brass has been polished, gorgeous chandeliers have been restored, the marble flooring is immaculate and guest rooms are all modern and sleek.

The property has recruited some of the finest chefs in the city to operate an admirable line-up of new restaurants (see my monthly series of profiles to learn more about the people behind the dishes). Then there’s the glorious new Serenity Spa, an extension of Westgate’s acclaimed facility in Park City, Utah (you can see my detailed experiences at Serenity Spa here).

Every Westgate staffer from valet to reservations to the hostess at Sid’s Cafe will offer their name and ask you for yours. There’s a vibe throughout the casino that’s palpable and contagious. You’ll feel that your patronage and presence are appreciated…and you’ll get a lot of bang for your buck.

You can expect lots of new entertainment offerings to take up residence at Westgate this year (Barry Manilow is coming back!) and you can continue to enjoy free parking as a hotel/casino guest.

By the way…don’t be put off by the off-Strip location. A convenient monorail station at the FRONT of the hotel (not far in the rear like everywhere else) can get you from your room to center Strip in a matter of minutes.

Re-think your ideas of how a 2018 visit to Las Vegas should be. Give Westgate a try…and prepare to be wowed. 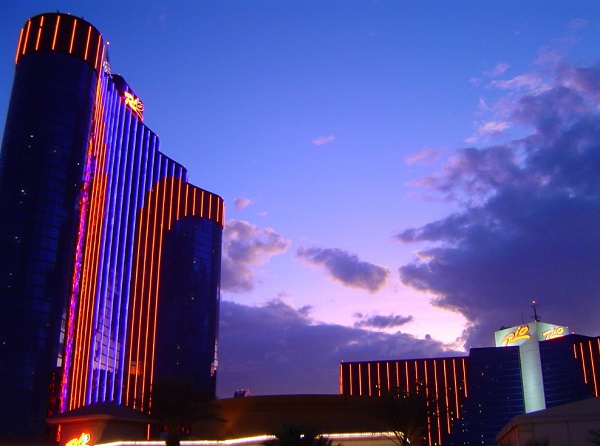 A short decade ago, the Rio was one of my favorite places to stay and play. There was a vibrance throughout the resort that made it worth the visit. These days, it’s just a sad red-and-blue stepchild of the Caesars family, mostly forgotten and seemingly just hanging on.

The restaurants are nothing to brag about, Masquerade Village is still a giant echo chamber, Kiss by Monster Mini Golf turned out to be a dud and the once-legendary Carnival World Buffet now operates on limited hours. At least there’s still the wonderful Chippendales and new WOW – World of Wonder to keep me stopping by for a few hours.

Miniature stages throughout the gaming floor used to light up regularly for songs and dances by “Bever-tainers”. Now those performance spaces sit empty and ignored (a current cocktail server told me that “most of them are broken and just don’t work anymore”). The stage and overhead tracks for once-popular Rio Show In The Sky also remain, dusty and forgotten.

An unpleasant odor permeates certain areas of this hotel, uncomfortable reminders of the Legionnaire’s Disease incident that affected numerous visitors last year. Guest rooms and common areas are maintained with indifference. The conditions of the fitness facilities and spa areas have badly deteriorated as well.

There are better places to choose than Rio Las Vegas…and the ever-rising mandatory resort fee (currently $34.01 per day, up from $18.99 plus tax in 2016) does nothing to make me want to book there again. After a lackluster stay in mid-December resulted in my complaining via email and phone to the manager, I cancelled my next visit (which was scheduled for the very next week).

Staffers at Rio seem to be going through the motions of their chores across the board, much like the team at Sahara did in the years leading up to its closure. Which brings us to…

In The Throes of Death – SLS (the former Sahara)

Driving towards the north Strip property once know as Sahara, you’d be hard-pressed to know exactly what the name is. The sign reads SLS at the bottom and a giant twinkling W at the top. Why, exactly? Because this is a property with an identity crisis…and no good reason for existing in its current state.

SLS Las Vegas answers a question that nobody in their right mind would ask: “What would happen if you whitewashed (literally and figuratively) a heavily themed historic property, filled it with Vegas-lite duplicates of Los Angeles dining/nightclub favorites, then tried to lure the L.A. millenials over the state line?”.

The answer is “not much”. There’s no reason for the hip L.A. crowd to come to Vegas for inferior copies of what they already have. Nevertheless, the combined arrogance of Sam Nazarian and SBE led to betting heavily…and losing…on a proposition that was never going to work.

All seven Fred Segal stores were shuttered, along with LIFE Nightclub and an excellent buffet that lasted all of three months. SLS promised to reopen the buffet in early 2015. I’m still waiting.

If only SBE has taken a cue from Westgate and honored the Sahara‘s legacy with a little updating instead of throwing it out the back door, they’d probably be sharing a different place on this list.

Someday, logical will prevail and SLS (which sold off a portion of the resort to the W hotel chain…that tower now operates as a separate entity) will be reborn once more as “The New Sahara”. Until that time, you can consider SLS to be as good as….

Here’s another resort with no good reason for existing. Stuck in the middle of nowhere with nothing worthwhile to offer guests, the Lucky Dragon announced the closure of its casino and restaurants just yesterday.

This has got to be some kind of record. After only 13 months and one day of operations, a brand-new casino resort has shut down everything but the tiny little hotel. Employees have been sent packing only four days into the new year…a sad start for them and a bad omen for any hope of Resorts World actually making an impact on the north end of the Strip.

It was clear after a highly-touted early opening that just a few months into the year, Lucky Dragon was anything but lucky. Restaurants Pearl Ocean and Dragon Alley were reworked along with the high-limit areas of the gaming floor. The excitement of a brand-new hotel casino had completely fizzled, and by the time I visited in late mid October, at least one restaurant was shuttered and the entire complex was virtually empty. 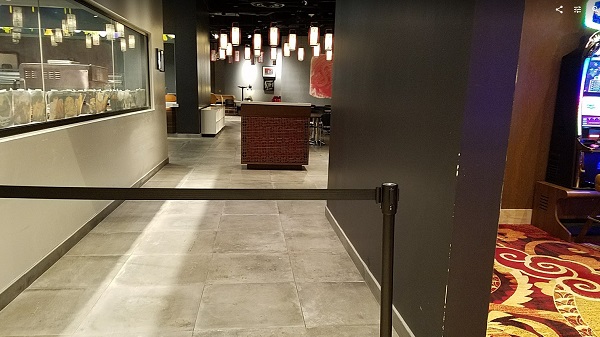 As the financials are reworked and optimistic press releases tout a full reopening of Lucky Dragon, expect the northern face of the famous Las Vegas Strip to continue fighting some really persistent blemishes. And one big blue tumor.