Visually-spectacular production is a victim of its own star performer…

A few years back, the handlers for Britney Spears were faced with an unusual dilemma…what to do when the star of your production is a washed-up tabloid punchline with an inexplicably-strong fan base. Their answer was simple yet effective: launch her residency with a circus of hoopla, stick her onstage with all the pyrotechnics and distractions that money could buy and hope for the best.

As fate would have it, Britney: Piece of Me was indeed an unqualified hit. The mentally-troubled pop tart flapped her arms and silently moved her lips while a small army of gorgeous dancers did the heavy lifting, both literally and figuratively. They carried her around like a mannequin accompanied by prerecorded audio tracks and propped her up in whatever area of the stage that the choreography required. Think of it as “Weekend at Bernie’s: The Musical”.

Joe Labero thanks Britney Spears for her #1 idea…

The minds behind INFERNO: The Fire Spectacular (now playing at Paris Hotel Casino) seem to have taken a similar route. Their featured performer is Joe Labero, an obscure illusionist (at least to American audiences) who’s apparently a big name in Europe. He’s also a former recipient of Illusionist of the Decade. Raise your hand if you’ve heard of him.

Labero’s version of smoke-and-mirrors distractions comes courtesy of a London pyrotechnic troupe known as The Fuel Girls. You may know them from the UK tour of rock group Fall Out Boy….or maybe not. The resultant pairing is the most uncomfortable seen on a Vegas stage since Criss Angel crawled into bed with Cirque du Soleil nearly a decade ago.

On their own, The Fuel Girls could easily warrant their own show. Stunts, flame throwers, explosions, choreography and visual effects are all top notch. Ramped up and fleshed out, INFERNO could be to fire what Le Reve and WOW – World of Wonder are to water.

Alas, the show is hostage to Labero and his magic routines. The illusionist does everything he can to remain front and center, despite being the weak link. Like an annoying uncle who laughs at his own jokes then repeats the punchline a second time, Labero attempts to milk every last clap from the audience. 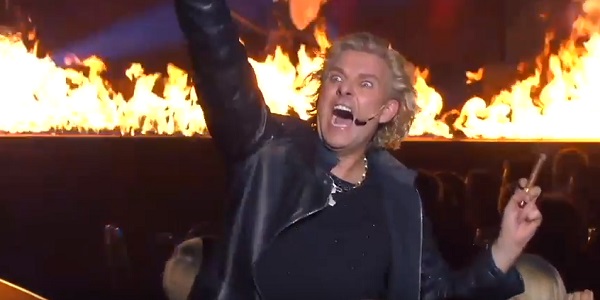 Walking to the edge of the stage after each bit, Labero stretches out his arms in a “Ta Dah!” pose that he holds far too long…before dashing into the audience to repeat it in the aisles. There were frequent snickers from people seated all around me. Yes, it’s that embarrassing.

Labero’s stage presence is hampered by a strong Swedish accent that makes it quite difficult to understand what he’s saying much of the time. Also distracting is that the 54-year-old host is frequently out of breath, heaving heavily and sweating…even in the quieter moments of the show.

As for the illusions themselves, expect the requisite “person sliced into pieces”, sleight of hand, card tricks and people disappearing/reappearing. Two illusions that do have merit are one where Labero seems to walk right through a person stretched between two supports and another where he passes through a mirror.

Aside from that, there isn’t anything truly special about the magic acts in INFERNO: The Fire Spectacular. With the likes of David Copperfield, David Goldrake, Masters of Illusions, Criss Angel, Matt Franco and many more filling the Strip showrooms with this type of entertainment, was there really a need for another? Of course not, especially when one European import in particular is already doing it so much better (David Goldrake’s IMAGINARIUM was my choice for Best New Production of 2017).

What makes the show worthy of your consideration are all the sequences without Labero. Pyrotechnics are always jaw-dropping in any medium, but feeling the heat, hearing the sizzle and being bombarded with loud blasts are a visceral experience. In this case, the flames are deftly used through aerial stunts, physically-demanding choreography and handling of fiery objects like batons, whips and an umbrella frame. 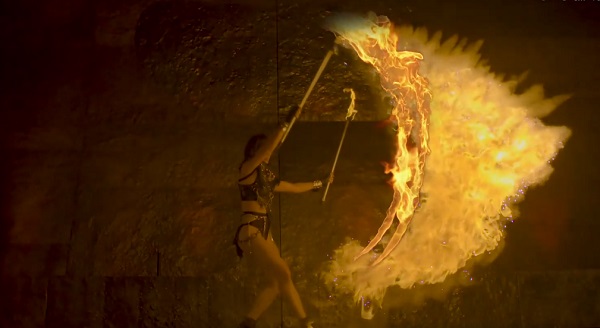 Other saving graces are the elaborate production design and costumes. Stylist collaborators Georgia Richardson and Jeffrey DeBarathy (ALICE: A Steampunk Concert Fantasy) bring a distinctive “Mad Max” look to the performers that’s a perfect match for the Fuel Girls’ visuals. The character of “Animal” is clearly inspired by The Road Warrior. 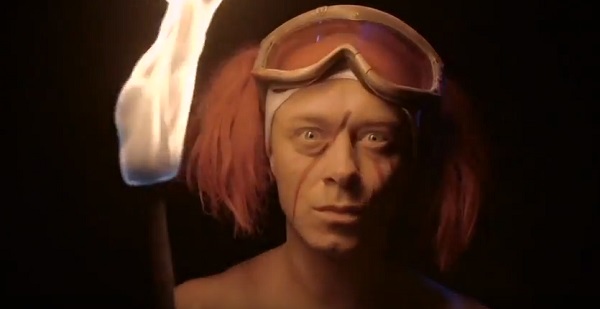 Unfortunately, Labero’s attempt to associate his magic acts with the far superior fire aspect are truly cringe-inducing. The two just do not overlap well. It’s clear that the magician has taken his existing acts and awkwardly grafted them onto this new production with wildly uneven results.

Joe frequently breaks from what he’s doing to grab a large vase on the side of the stage and dump its contents into a nearby barrel. “We need more gasoline. Lots and LOTS of GAS O LEEEEEEN!” he exclaims time after time before returning to the business at hand. 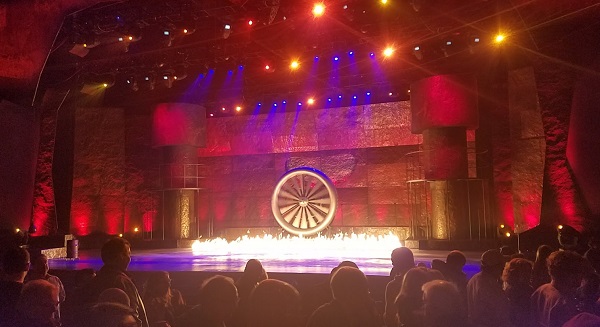 Amidst more hushed chuckling from nearby patrons (several of whom had walked out at this point), my companion leaned in and said “Am I missing something here?”. No, my friend…it’s just the sound of another expensive Strip production going up in flames.

INFERNO: The Fire Spectacular performs Wednesday through Sunday inside the Paris Theater. Tickets start at $65.77 (plus taxes/fees) and can be ordered here.

VegasFool.com is offering a $20 discount on INFERNO by following this link. Discounts on additional shows and hotels can be combined/increased by visiting here.