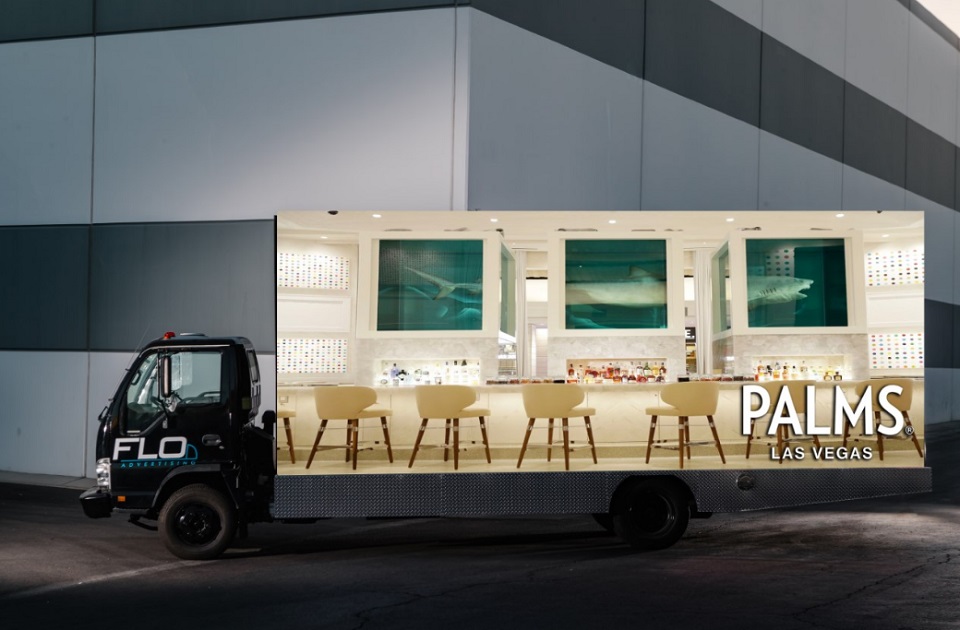 When you visit the city as often as I do, you tend to become…shall we say…jaded by most of the sights and sounds around you. You can only gawk at the Bellagio fountains, the Luxor pyramid or New York NY‘s twisting Big Apple Roller Coaster so many times before you start to walk right by with perhaps a casual glance.

So whenever something new and exciting catches my gaze, it’s a memorable Sin City experience. That’s what happened last month when heading over to Planet Hollywood Casino after taking in the Bellagio Conservatory and Botanical Garden‘s spring display (always pretty…and pretty much the same as the last time). 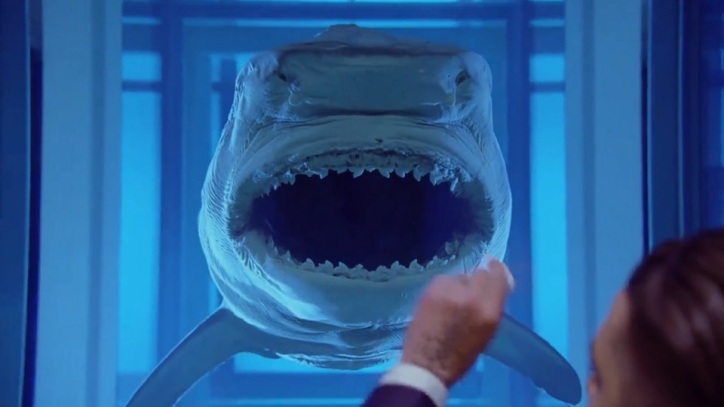 While approaching the crosswalk between Cosmopolitan and Miracle Mile Shops, I was stunned by what appeared to be a giant set of teeth about to devour a man’s hand. Cue the theme from “JAWS”.

It took a moment to absorb what I was seeing…then realize that I was witnessing FLO Advertising in action. You may have caught my previous piece on FLO and how their mobile digital billboards were drawing the morbidly-curious and adventurous types to the Official SAW Escape Room Experience.

Taking in the stunned reactions from pedestrians at the busy intersection of four major hotels was, I’ve gotta say, pretty gratifying. It’s one thing to write about a cool concept but something altogether visceral to witness it in action.

That’s what makes FLO’s approach so effective…and why Stations Casinos has entrusted FLO Advertising to publicize their reinvention of Palms Casino. Here are the specs:

FLO’s mobile digital billboards are 23% larger than the conventional mobile digital billboards you’ve been seeing on the Strip. Their electronic signage is a staggering 10,000 NITS brightness which is 25% brighter than the competition. Their state of the art technology is instantly update-able and flexible, allowing for unlimited creativity and immediate response to marketing demands. 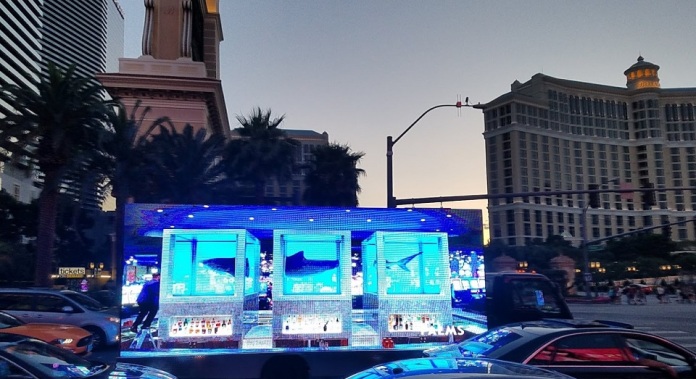 At this point you’ve gotta be wondering what any of this has to do with sharks. Well, the predator in question is the main attraction at a new Palms lounge called Unknown Bar. Right in the heart of the casino’s reimagined gaming floor, Unknown Bar‘s unusual shark sculpture is called The Unknown (Explored, Explained, Exploded).

This eighteen-year-old work has never been publicly exhibited before, but now it’s the centerpiece of creator Damien Hirst‘s outlandish lounge concept. Yes, the British artist who made the sculpture from a real tiger shark (and lots of formaldehyde) also designed the bar space as well.

Hirst has been known to raise eyebrows (and ruffle the feathers of animal-rights advocates) with his use of real creatures as art. But stirring up controversy is intentional in the new Palms ‘tude. Check it out:

This daring video reflects that gutsy approach. It depicts vandalism and arson of the Palms as a reason to celebrate. Not the kind of advertising campaign you’d typically expect to see in today’s turbulent society. But hey, points for originality!

As cool and eye-catching as the video is, it’s one thing to view it on your smartphone or PC and something far different to catch it super-lifesize and super-bright while walking the heart of the Strip. Take my word for it…FLO technology is stunning with the naked eye.

The “From Dust To Gold” renovation is covering just about every nook and cranny of Palms. Top-floor funspots like Apex Social Club and The View will compete for your attention with ground-level Rojo Lounge and 24-hour Tonic.

On the dining front, beloved Cafe 6 at Palms Place has given way to Laguna Pool House and Kitchen, expanding the venue beyond gourmet burgers to full breakfast, lunch, and dinner. The poolside location is gorgeous and tempting, but keep your shirt on…the elevated menu makes it clear that this isn’t a swimsuit-appropriate eatery.

Both the buffet and 24-hour diner have been given top to bottom renovations and new names, too. Out with the world’s largest Hooters, in with Scotch 80 Prime, a fine-dining destination with a focus on rare whiskeys from Scotland. 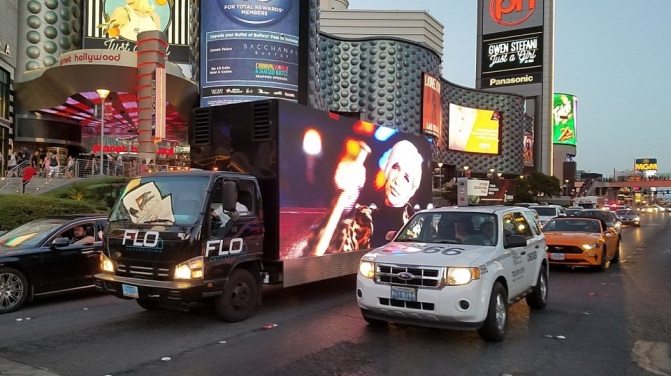 Along with new dining and entertainment outlets, the common areas, guestrooms, infamous Sky Villas and even the parking garages are getting major overhauls. It’s all in an effort to bring Cosmopolitan-style coolness to the off-Strip legend while offering Stations-style value to tourists and locals alike. 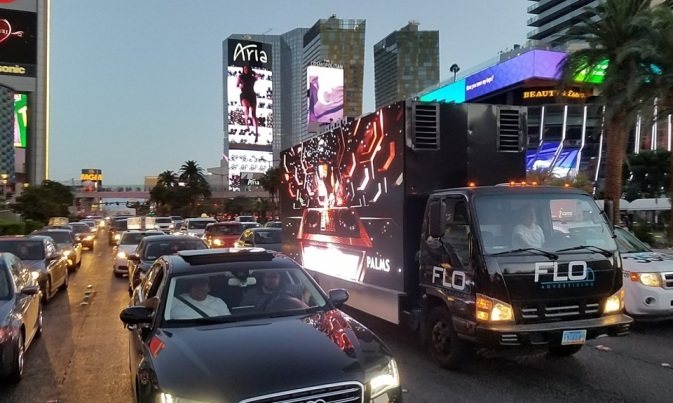 With all of this newness in the works, it doesn’t surprise me in the slightest that Palms Casino Resort has teamed up with FLO Advertising to spread the word. Boasting the biggest and brightest mobile billboards in the city, FLO assures that visitors will take notice.

So the next time you’re fishing for a little off-Strip excitement, hop on a bus, taxi or LYFT to check out the changes at Palms. And keep your eyes open for that shark. But don’t worry about getting chomped…he’s only going with the FLO.

Information about FLO Advertising Mobile Digital Billboards is available on their website. Click here to learn more or request a quote.