In the world of sexy productions, male revues get very little respect. Audiences unfamiliar with these productions may have had their perceptions tarnished by cheesy appearances on 90’s daytime talk shows. But today’s male revues are polished, contemporary and well-mounted stage productions. And they’re enjoyable by all adult audiences, not just breathless bachelorette parties.

Naturally, their are noticeable differences in what they have to offer. Chippendales remains the gold standard with a cast of towering, beefy clean-cut hardbodies. Magic Mike Live wraps their slim young pretty-boys in a ribbon of female-empowerment with the unusual addition of a female host. Black Magic Live offers an African-American cast direct from Lifetime Television Network. Then there’s Thunder From Down Under, the long-running production at Excalibur packed with sweaty wild boys from “Oz”. 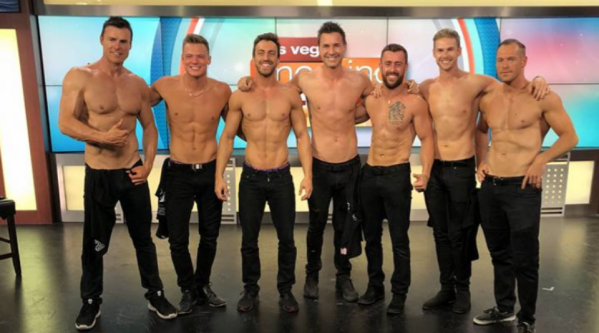 If you’re wondering why Sin City would need another Australia-based male revue, then you haven’t seen Aussie Heat.  Two minutes into this daring production and you’ll know that it’s completely different from anything else in the city. You owe it to yourself and your friends to head over to V Theater inside Planet Hollywood Miracle Mile Shops and experience this stunning show right away. 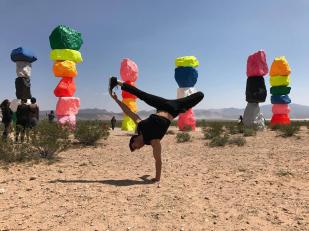 While other male revues tend to recruit guys based on their looks/physique then teach them how to groove, the Aussie Heat hunks are established dancers and acrobats. Break dancing, flips, pop-lock moves and sensual grinds were already in their blood long before joining the troupe. It’s just so happens that their athletic bodies and handsome faces match their amazing abilities. It’s a surefire combination delivering thrills that can’t be topped anywhere.

When not raising temperatures onstage, the Aussie Heat cast is actively involved in a number of charitable causes. The guys conduct dance classes and an annual fundraising show at Opportunity Village, a local organization dedicated to enriching the lives of disabled adults. They actively support the American Cancer Society via an ongoing “Real Men Wear Pink” fundraiser and participate at numerous events like AFAN‘s annual AIDS Walk and Black and White Parties.

Aussie Heat also carries the distinction of welcoming men to participate in their show. They promote equality for everyone and actively invite members of the LGBTQ community in their advertisements. They’re regulars at Pride events and have partnered with a variety of gay and gay-friendly organizations like QLife, a Vegas-based media firm now in its 41st year. 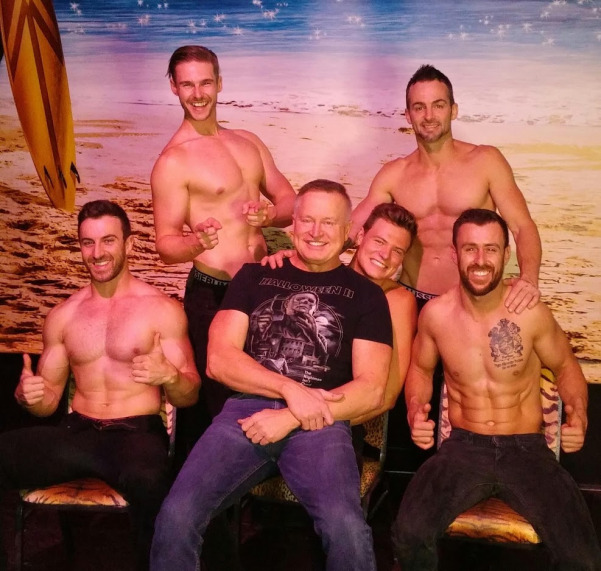 Another thing that sets Aussie Heat apart from their comrades-in-bulging-arms is audience interaction. Billed as “The Most Hands-On Show In Vegas”, Aussie Heat is far from a “stand and model” production. Audience members vie for prizes via body-shot competitions and blindfolded lap dances inside the intimate showroom. 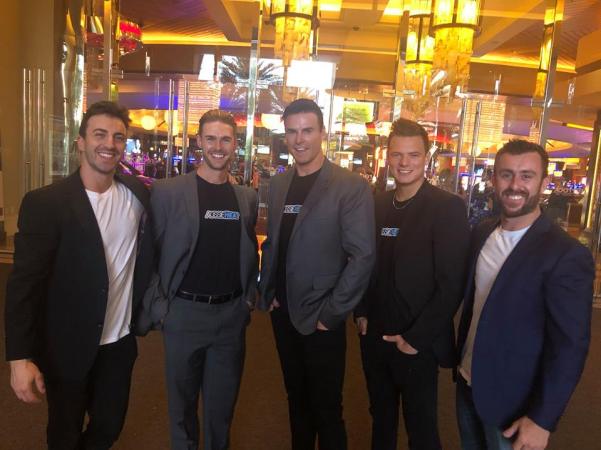