France’s man of mystery lets his body do the talking…

There are performers and celebrities who could chat all day about themselves. Without them, we wouldn’t have gossip websites, grocery store tabloids and gab sessions with Ellen Degeneres. Mathieu Bolillo is different. Taking the lead from Olivia Newton-John, he prefers to just get physical.

My first encounter with Mathieu was this past February on my birthday. It happened to coincide with his debut performance in a new brunch show. It’s hard to focus on your eggs when this fireplug of muscle walks onto the stage, strips off his shirt and commences with a dazzling routine that would have you swearing off croissants for the rest of your life.

I had to do some digging to learn more about this rippling hunk of inspiration. There are precious few personal details about the athletic Frenchman on his website…but plenty of eye candy and physical feats to wow and impress. So I reached out to Mathieu directly and asked him to tell me more about himself.

Naturally, the strong-and-silent hunk admitted that he preferred to keep his private life close to his bare chest….er, “vest”.

I have one sister and we were born in Bordeaux, France. I’m raised in France with Spanish, Arabic and international influences due to the origins of my parents and to my high level gymnastic background.

As an international artist, Mathieu has performed in his home country, Germany, Spain, throughout Asia on board the Golden Princess cruise ship….and of course, in Las Vegas.

Bolillo spent six years with the cast of Cirque du Soleil’s KA at MGM Grand, defying gravity nightly in the long-running epic production. Returning to France in 2010, he contracted a very serious case of chicken pox that nearly claimed his life (adult cases are much more severe than the childhood variety). It took a year to recover and get back his strength and physique. 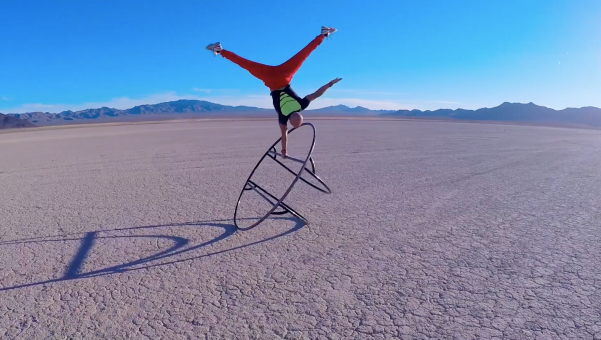 In order to set himself apart in the competitive world of athletic entertainment, Bolillo created a new apparatus that he calls the Balance Wheel. His innovative design and self-taught act garnered him the 2016 U.S. Aerial Champion Award for “New and Innovative Apparatus”. It also launched the next phase of his career. 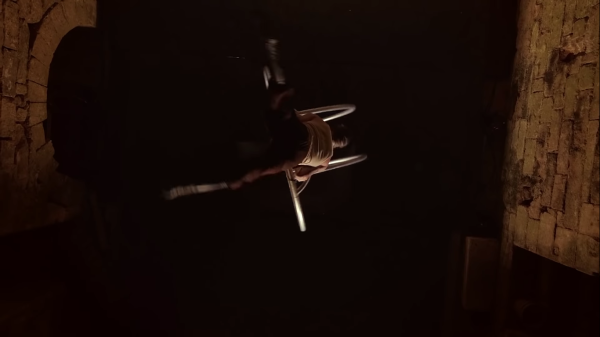 A self-proclaimed “fitness freak”, Mathieu has an intense desire to push his body to the limit. That’s led to impressive stunt work in films. He’s also a go-to for innovative modeling shoots, special events and fitness workshops. Even in his down time, Bolillo can’t seem to rest…he includes soccer, crossfit and basketball as methods of “relaxation”. 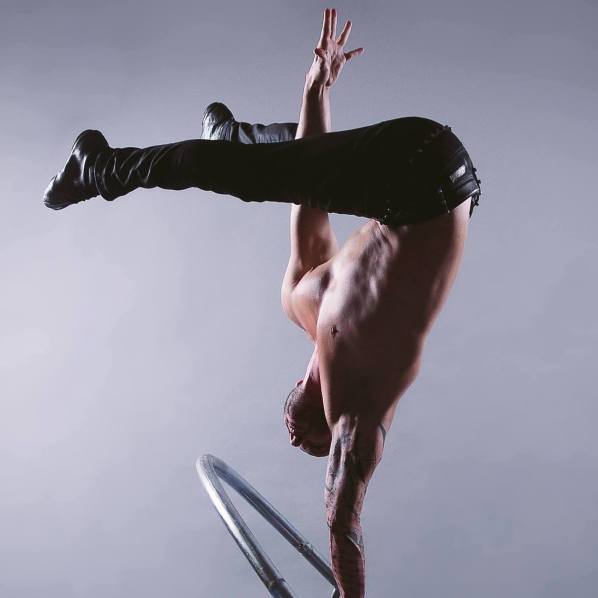 The new production I met Mathieu at sadly didn’t last, but that’s the reality of entertainment in Sin City. Looking ahead, the ambitious 39-year-old is hoping to lend his talents to new innovative productions. He’d also like to work more in front of the cameras. His expressive face, hot body and sultry voice are tailor-made to capture attention.

Just don’t ask him to talk about himself… 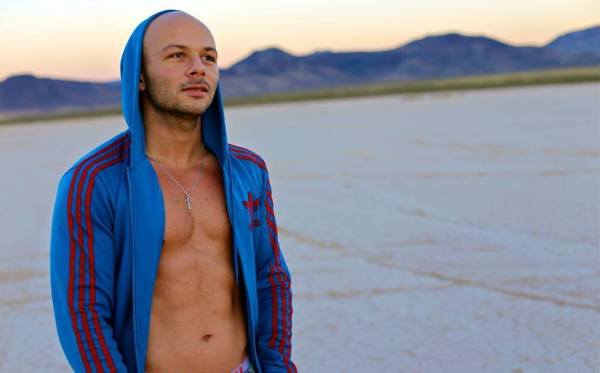