Crowd-pleasing entertainer juggles his way into your hearts…

What do you get when you combine the rubber-faced madness of early Jim Carrey with the heart-stopping physical comedy of Buster Keaton and Jerry Lewis? Whatever your mind can conjure, it’s unlikely to resemble the reality of handsome headliner Jeff Civillico.

Vegas fans have been lining up for a decade to enjoy Jeff Civillico: Comedy In Action. He’s been on marquees from V Theater to the former Imperial Palace (now The Linq) to the Flamingo. What started out as a guest segment in variety and magic shows has evolved into a full-fledged production befitting the multi-talented star. 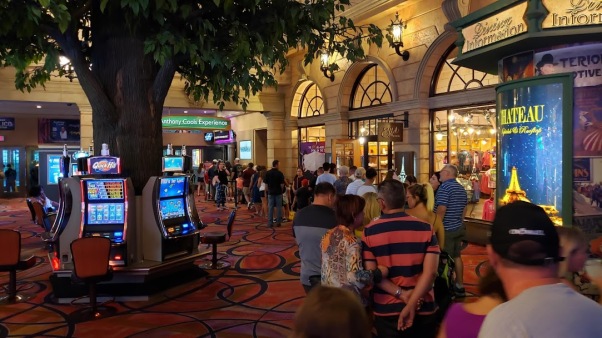 In recent years, Jeff’s taken his all-ages show to audiences around the country. His contagious energy and outrageous antics elevate a wide variety of corporate functions and fundraising events, too. Still he manages to return each week to Las Vegas for filled-to-capacity performances at Paris Hotel Casino.

So, what exactly does Jeff Civillico do? Alas, the answer’s not so simple. You may as well try explaining Cirque du Soleil to a friend. But the simplest way to describe Comedy In Action is “It’s an interactive juggling improvisational prop-comedy marshmallow battle.” And Jeff’s co-stars are a plunger, Granny Smith apples, a straitjacket…and you. 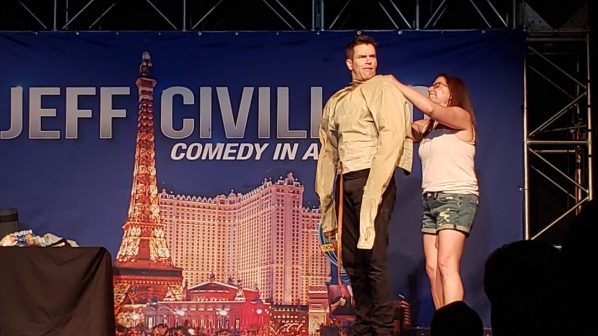 Tireless in his delivery and wildly spontaneous, Jeff fires off jokes so quickly that you’ll barely be able to catch your breath. He even makes wisecracks while balancing a massive construction ladder on his chin. Nobody is safe from Jeff’s humor, either. Children are props in an electrifying plate-spinning sequence and two unassuming dads become accomplices in the most unhinged unicycle ascent you’ll ever see.