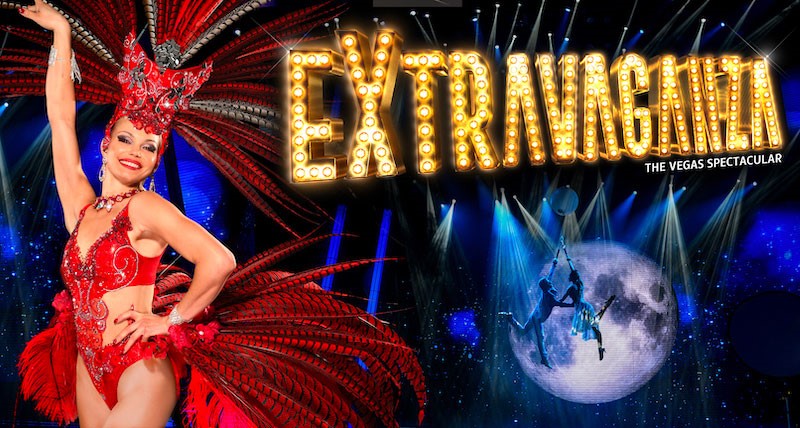 The famed Bally’s Showroom on the Strip is often referred to as the birthplace of the iconic Las Vegas showgirl. Whether that’s true or not can be debated, but the classic Donn Arden production JUBILEE! performed there for an incredible 35 years. Now, the spirit of that famed revue and the showgirls themselves are set to return in a new variety show called EXTRAVAGANZA – The Vegas Spectacular.

Set to premiere on November 23rd after one preview performance in March (thanks for nothing COVID-19), EXTRAVAGANZA – The Vegas Spectacular will feature an international cast of more than 30 artists and performers. It’s directed by Hanoch Rosènn, the creative force behind WOW – The Vegas Spectacular at Rio Hotel Casino. And while the two share similar DNA, EXTRAVAGANZA will lean a little less towards “family-friendly” and a bit more towards the sensual and passionate. 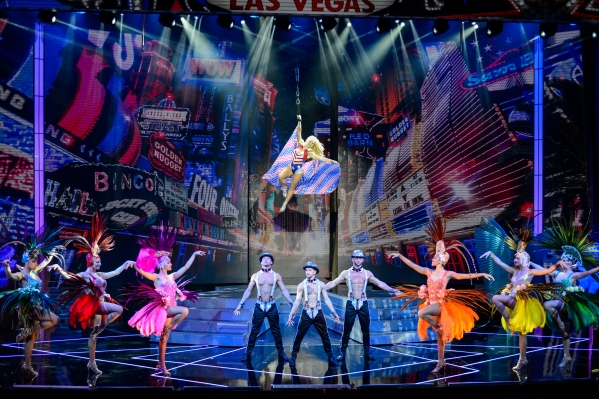 Advance buzz on EXTRAVAGANZA has centered around an extremely sexy cast of athletic and graceful performers. Guests can expect to be mesmerized by thrill-inducing acts that feature aerialists, acrobats, comedians, ventriloquists, and dancers. Some of the most astonishing feats of Sin City’s entertainment heyday will return, too, including the infamous “Globe of Death”. 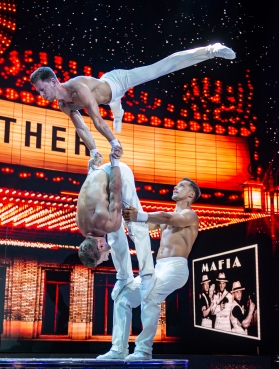 Fans of Downtown’s Fremont Street Experience will surely remember the terrifying “Globe of Death”, a gasp-worthy stunt in which several high-speed motorcyclists roar around at top speeds while inside a spherical cage. The “Globe of Death” ranks with CELESTIA‘s “Wheel of Death” as one of the most popular and frightening daredevil acts ever to be performed in the city on a regular basis.

EXTRAVAGANZA will also include a salute to Vegas icons like Elvis Presley and Frank Sinatra, this time via state-of-the-art hologram technology. LED video screen backdrops, elaborate costumes, and large-scale sets will transport guests through several decades of songs, dances, and variety acts that laid the foundation for contemporary epic productions like Le Reve – The Dream and Michael Jackson ONE.

Director Rosènn was inspired by the success of WOW – The Vegas Spectacular (two years, over 1,000 performances and counting) to create EXTRAVAGANZA as a tribute to Las Vegas and its legacy of entertainment.  “The show is my homage to this amazing city – bringing not only tremendous and unique performers from all over the world – but, also, some of the most iconic and thrilling acts, as well as, the return of the classic showgirls, who made the Jubilee Theatre home for so many decades.” 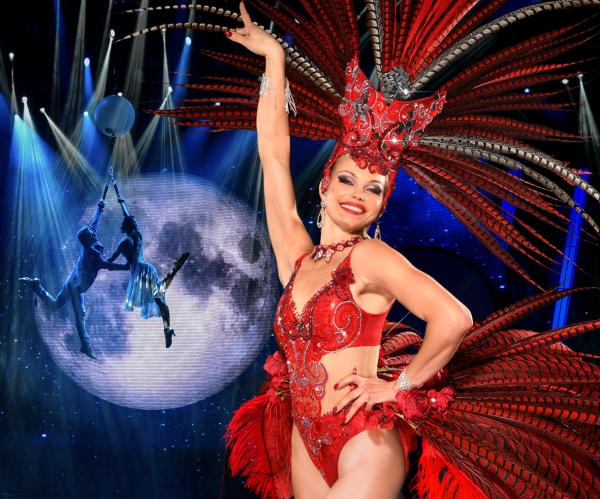 “EXTRAVAGANZA – The Vegas Spectacular,” resumes performances on the iconic stage at the Jubilee Theater inside Bally’s Las Vegas on Monday, Nov. 23, 2020. The show will perform to a socially-distanced audience capped at 250 guests.

In addition, for a limited time, the production will feature special guest stars and America’s Got Talent finalist and crossbow superstar Silvia Silvia and husband Victor Ponce, two of the stars from Extravaganza’s sister show, WOW – The Vegas Spectacular at Rio All-Suite Hotel & Casino.

“We are excited to reopen ‘EXTRAVAGANZA’ in Las Vegas” says creator and director, Hanoch Rosènn. “We are also thrilled to have two of our WOW stars, Silvia Silvia and Victor Ponce, join our cast until we are able to reopen WOW at the Rio.”

Tickets are on sale now and prices range from $49.99 to $109.99 + taxes and fees and can be purchased at Extravaganza-Vegas.com, the Bally’s Las Vegas Box Office, Ticketmaster, BalllysLasVegas.com or by calling 702-777-7776.