There’s always a price to pay for being honest…

For the past two years, I’ve had the opportunity to write for a couple of different publications. One is an online ticketing site that publishes show articles and helpful visitor information (currently it’s in limbo). The other is a well-regarded print magazine found in the majority of Las Vegas hotel rooms, pre-COVID. It’s only available online for now.

When the pandemic upheaval is over and tourists return en masse (with luck), I hope to regain those freelance positions. They gave me the opportunity to learn, reach larger audiences, research unfamiliar artists and discover subjects that might otherwise have dodged my radar. They were also gainful employment, since this blog is a passion project, not a revenue generator.

Please read all precautions before proceeding…

Before accepting those jobs, I made it clear that I would continue maintaining Vegas Unfiltered Blog, which doesn’t always present things through rose-colored glasses. It felt necessary to make one thing clear: as a hired writer, I’d be wearing a different hat for them, separate from my personal site. When I’m paid to write for you, I work for you.

Seems simple, doesn’t it? Well, not so fast. The arrangement was working well for all involved (at least to my knowledge) until Cirque du Soleil decided to follow Criss Angel – Mindfreak Live with an even worse abomination called R.U.N. It premiered in Luxor‘s showroom in the fall of 2019 to horrendous reviews from critics and audiences alike.

As the fates would have it, I  was assigned articles on R.U.N. for each of my paid gigs. Having seen this travesty, I decided to delay my own review until the others were submitted. The paid pieces didn’t require my opinion…just descriptions, what the production involved, types of acts, specifics on the plot, where it was located, etc.

The funny thing about this is the subsequent negative feedback I received. For instance, some dim bulb going by the name of @butterpunker tweeted “I’ll be honest. After reading the online reviews and then reading your review, I’m less inclined to trust anything you write about shows anymore.”

Then I published an actual opinion piece, which you can see here. And yes, it was so scathing that I called R.U.N. “an epic disaster. An ugly, inconsistent, poorly-planned and sloppily-executed mess that lies there like a dead body in a ditch.”

So, my question to you is this…are people so stupid that they can’t tell the difference between a review and a so-called “puff piece”? A tourism magazine/website is there to present you with vacation options, then YOU decide what to spend your money on. A blog is a whole different ball of wax. But in this day of internet courage, emboldened armchair critics can hop onto Yelp and eviscerate a business from the safety of their laptop. Or call a critic out for doing the very thing he/she is meant to do. 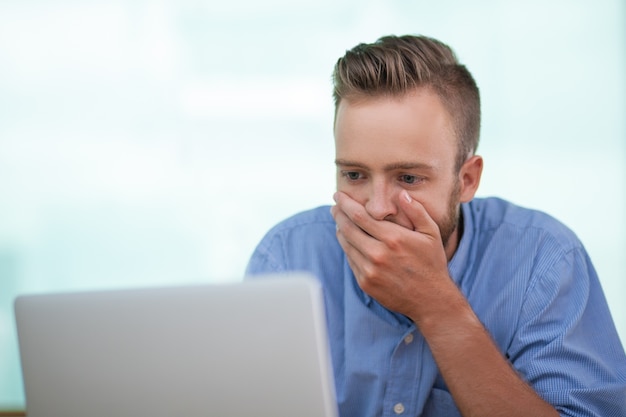 After that stupid scene went down, a marvelous and professional editor at one of the freelance outlets expressed concern. He/she asked a few sensible questions and we discussed shows/celebrities/subjects to avoid in order to prevent future backlash. Very considerate and supportive, they were. And it felt wonderful.

There have been many times when I’ve been confronted, either online or in person, after publishing an unflattering review. I’ve been accused of causing harm to livelihoods, putting people out of work, and threatening the security of entire productions. Somehow the blame for a bad show often gets put on little old me.

Show business is one of high risk. The chances of being a part of something successful are very slim. For every thirty or so television programs that debut each fall, only a handful get a second season. Movie studios can spend upwards of $300 million on a film that ends up playing to empty theater auditoriums. Nothing is a guaranteed hit. That’s just the way show business works.

In Las Vegas, it’s not unusual for twenty or more shows to give their final bows in any given year (2020 was a bloodbath, but that was different). When a production shuts down, it’s not the fault of the actors, set designers, lighting technicians or costumers. But small-scale blogger Sam Novak often gets the blame.

Yesterday, a colleague in the entertainment industry attacked me for my opinions on the terrible Star Trek: Discovery television series. He accused me of causing harm to the industry, the actors, the directors and the entire CBS All-Access platform. Wow, who knew I was this powerful? Yeah, right…

His next words were what got to me the most: “You better hope that you don’t rely on Paramount, Warner Bros, or CBS for anything, because they won’t like what you wrote”. To which I responded “Don’t put out shit, and you won’t get shit from me. Especially on a fledgling, failing pay site that’s already in its death throes and about to be re-branded.”

Apparently, I upset the cast and crew of Star Trek: Discovery…

I won’t compromise my integrity to please people in the entertainment industry. There are plenty of critics in Las Vegas who already do that. Most of them are high-profile names that attend nearly every function, often get onto the microphone themselves, and walk the line between journalist and celebrity. And they RARELY give an unflattering review.

I personally don’t care if people like my published critiques. They’re honest and brutal, whether favorable or not. I like what I like, hate things that suck to me, and I speak out to praise or warn. It’s my responsibility as an entertainment writer to share the emotions, reactions, and thought processes experienced from a meal/hotel stay/performer/activity.

In 2017, I was offered a position at an established tourism site. I accepted on the condition of full autonomy, so that I could be truthful about subjects that personally mattered and would hopefully have value to my readers. The webmaster agreed to that condition, yet of my first three articles, two were considered “too controversial” and she refused to publish them.

“We supposed to be encouraging people to come here and spend money” this Pollyana told me. My response was something along the lines of “You also have a responsibility to paint an authentic picture…and to honor your arrangement with your writers.” She scoffed, I walked, and within two hours, VegasUnfilteredBlog was born.

When I relocated from Oregon to Las Vegas, I promised to continue this column from the perspective of a visitor. Your discretionary income is too hard to come by, and you deserve to spend it wisely. I have no problem saying that The Vegas Room is an awesome supper club, The Garage is the best value for your cocktail budget, and Magic Mike Live is the worst pile of feces since….R.U.N.

“Hey, over here! We’re the worst show on the Strip” – MAGIC MIKE LIVE

The late media personality Robin Leach was guilty of publishing lots of flattery and fluff in his final years. Public relations firms knew to give Robin an “exclusive” when they needed a boost for their client. I’m not Robin, although I certainly appreciated his flair when it came to arm candy. The guy never went anywhere without a babe on each arm. A cool and iconic man, but not an objective critic. May he rest in peace.

Robin referred to me as “The gay guy from Oregon”. Funny man…

No amount of money is going to make me switch to autopilot. If you want your reviews and opinions to be thoroughly researched, deeply detailed and backed up by facts, Vegas Unfiltered Blog is the place to be. Thanks for being a loyal reader. Best wishes in 2021.