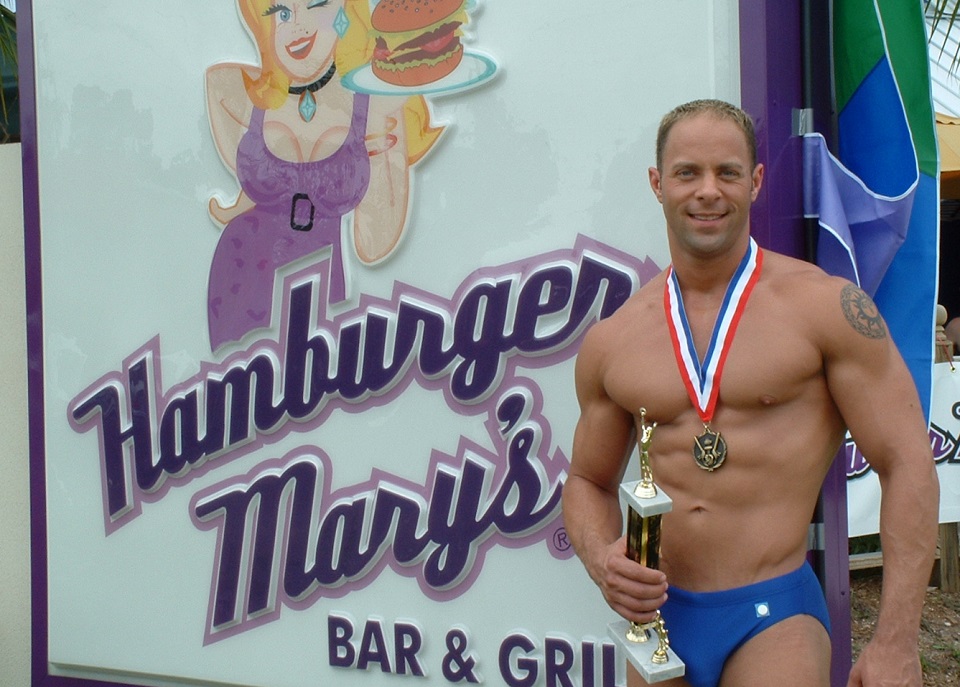 Vegas is big on burgers. Every major resort has at least one gourmet hamburger restaurant. Even celebrity chefs like Bobby Flay and Gordon Ramsay have gotten in on the act. Then there are the bargain places like In-N-Out and Checkers that almost always seem to be busy.

Yet one burger palace that Sin City conspicuously lacks is a Hamburger Mary’s. The freewheeling, no-holds-barred fun spot that celebrates quirky culture in so many progressive cities has been absent from Las Vegas for quite some time (2006 to be exact). But now Mary is set to make a grand return to the valley in a new location.

Once situated on the corner of Harmon Avenue and Paradise Road, the new Hamburger Mary’s is currently under construction on East Flamingo Avenue, not far from UNLV and the Atomic Testing Museum. A planned summer 2017 opening was heavily delayed due to permit and construction issues, but the current target date of early August 2018 now seems likely. 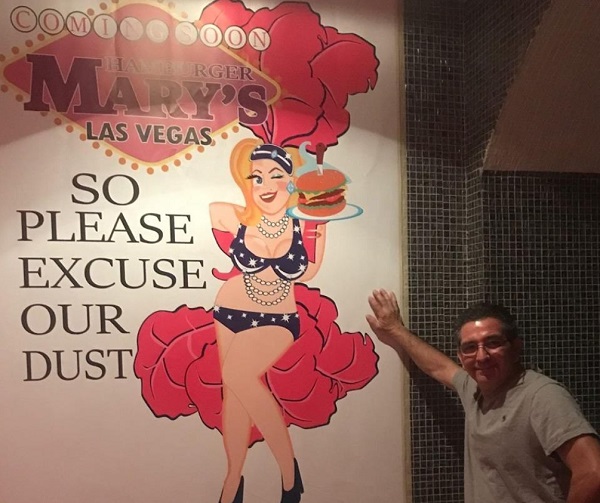 The eatery, whose slogan of “an open-air bar and grill for open-minded people” understandably draws a strong LGBTQ clientele. Hamburger Mary’s will occupy a building currently home to Flair Nightclub, a large gay-themed dance club. The two should compliment each other nicely. And since they share the same owner (Lou Placencia) Flair and Mary’s together can offer a complete night out. 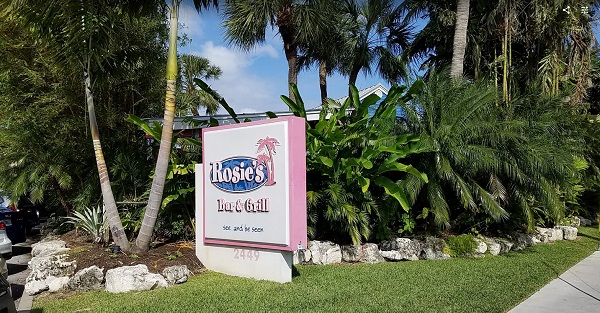 This writer has long been a fan of Hamburger Mary’s. When living in Fort Lauderdale, there was one within walking distance on Wilton Drive (the gay mecca of South Florida). It was THE place to see and be seen. Eventually the location decided against renewing their franchise agreement, which resulted in the renaming of the restaurant (it’s now called Rosie’s Bar and Grill), but the food and good times remain generally the same. I visited just a few weeks ago and it was still a blast.

During the same trip to the east coast, I hit up a Hamburger Mary’s in downtown Orlando. It was absolutely freezing on that Saturday night…but inside, the crowd was standing-room-only for an outrageous drag show that entertained gay and straight diners alike. It was nice to see the mixed crowd having such a great time. 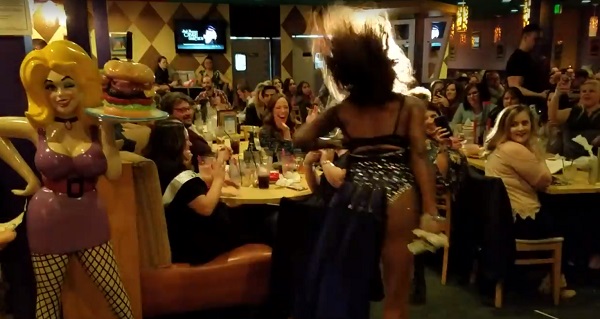 Depending on when you visit Mary, you might encounter a Broadway revue, trivia night or even some twisted variation on bingo. Being an adult-skewing establishment with a full bar and occasionally risque entertainment, you aren’t likely to see children here at night (or at least you shouldn’t). But Mary’s “Little Lambs” are gladly welcomed during the daytime hours with their own menu. 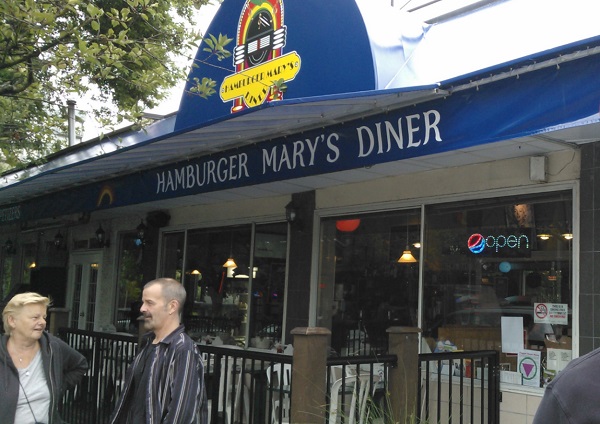 It was a special treat to visit Vancouver BC a few years back and discover a Hamburger Mary’s a few blocks from my hotel. Being the first guests upon opening gave the place an entirely different feel…but allowed me to savor the delicious food without the distraction of constant eye candy.

Each location is franchised and the owners are encouraged to develop a character reflective of its home city. So expect larger-than-life sights and sounds when Mary comes to Vegas. You can be sure that the menu, quality of ingredients and service will be superlative. There will be outdoor seating and the restaurant and bar are totally nonsmoking.

The spirit of Hamburger Mary’s extends beyond food and fun. Their dedication to local communities by way of fundraisers, charity functions and sponsorship of the arts and sports leagues is a tradition. More recently, franchisees have made strident efforts to address environmental concerns by moving towards energy and water efficiency, using recycled paper products and starting programs for composting and recycling waste.

One thing that won’t be wasted is the food on your plate. Everything I’ve ever selected through the years has been absolutely wonderful, from fresh salads to towering turkey burgers, sumptuous soups to mouth-watering meatloaf. Each location has a unique menu and daily food and drink specials, so have fun finding your own favorites.

One reason Hamburger Mary’s Las Vegas is already dear to my heart is that they’ve extended an invitation for me to host a certain gathering that I wrote about last month. That celebration for hunky show performers and award recipients was denied by an uptight public relations exec for Cafe 6 at Palms Place in December. Well, their loss is Mary’s gain.

Be sure to look for me…enjoying some grade A beef (and some prime beefcake) when Hamburger Mary’s opens at the end of next month. “Eat, Drink and Be Mary”.

Hamburger Mary’s/Flair Nightclub will be located at 1700 E Flamingo Rd, Las Vegas. Flair is currently closed due to construction. You can keep tabs on their opening date by clicking here.