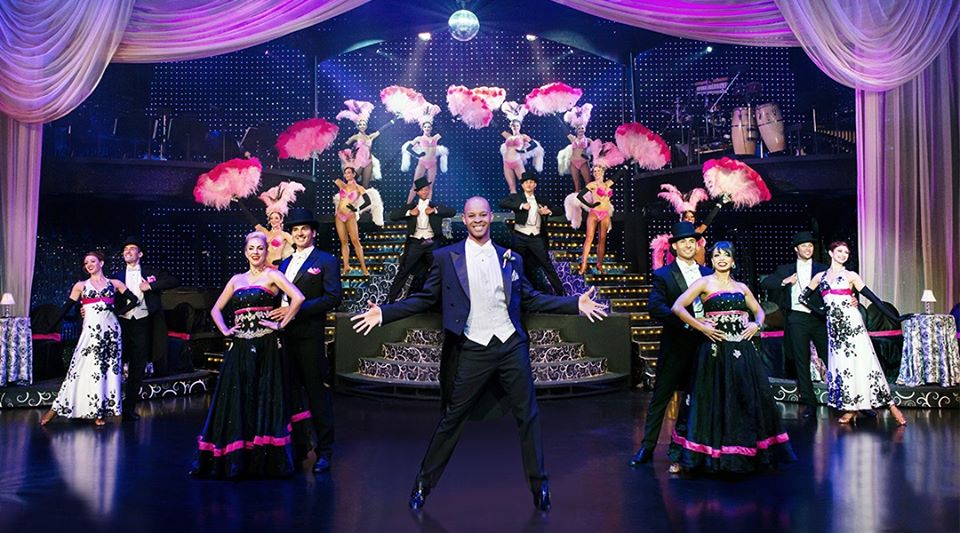 Click HERE to read this article and purchase discounted tickets through the awesome BestOfVegas site.

Las Vegas earned its title as the City of Entertainment through years of world-class headliners. From Tom Jones and Tina Turner to Dean Martin and Gladys Knight…they all paved the way for the stars of today. And you can revisit every one of these legendary performances in VEGAS! The Show. 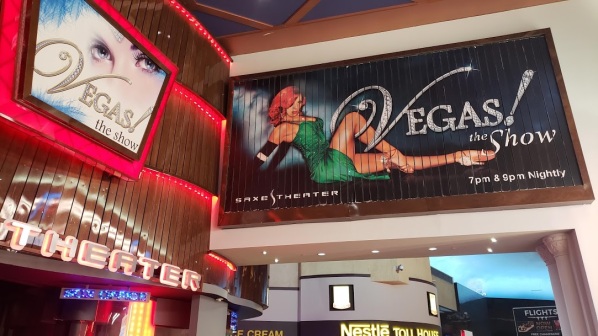 The long-running VEGAS! The Show (at Saxe Theater inside Planet Hollywood’s Miracle Mile Shops) is as fresh as the day it opened nearly a decade ago. It’s a large-scale treat with massive sets, superb choreography, an outstanding setlist and much, much more. Whether you’re new to Vegas entertainment or a longtime devotee, VEGAS! The Show is a journey through the decades that’s not to be missed. Here are five reasons why: 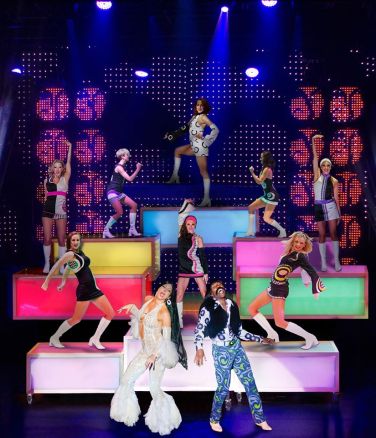 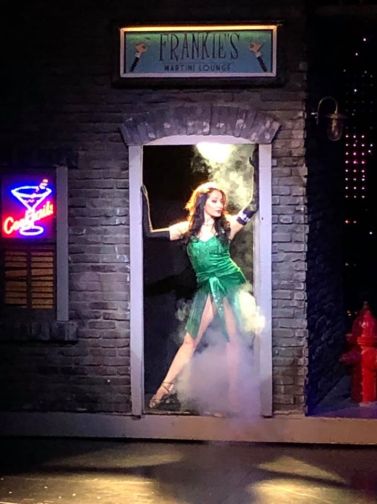 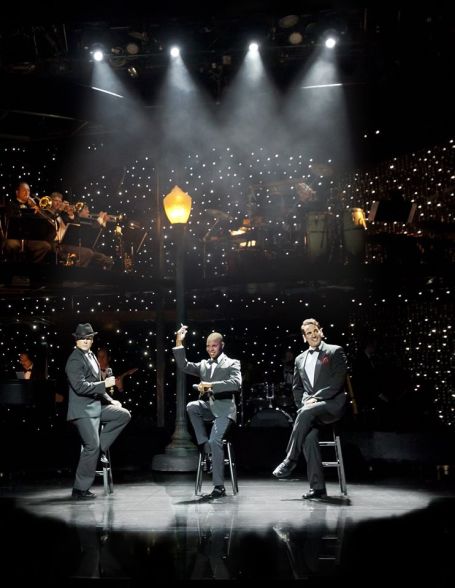 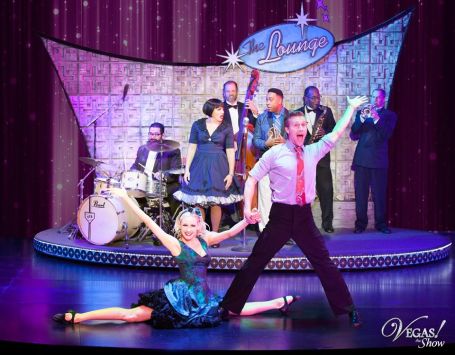 THE PRODUCTION DESIGN IS UNRIVALED – The sets, costumes, and props for VEGAS! The Show have a wonderfully authentic feel. From the glamorous showgirl headdresses, tuxedos and top hats to the retro-cool chic of a 50’s soda shop, you’ll believe that you’re actually experiencing a trip through time. 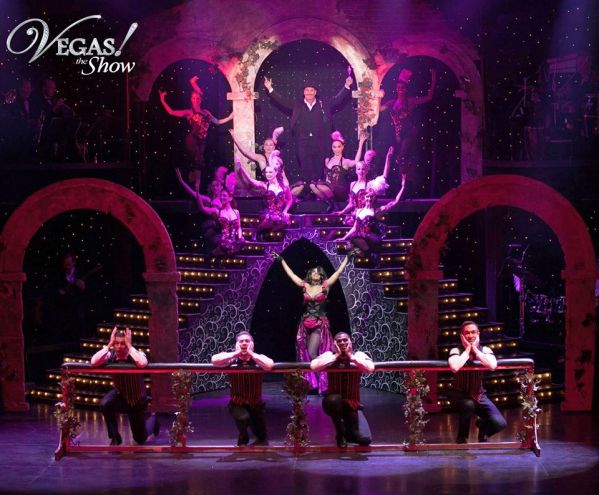 Various segments take you to the groovy days of Sonny and Cher, the gritty streets of Sinatra’s New York City, a naughty can-can at the Moulin Rouge and a visit to the candy store with Sammy Davis Jr. There are even a two-level bandstand and a mock-up of the Neon Boneyard, downtown’s final resting place for those iconic neon signs. 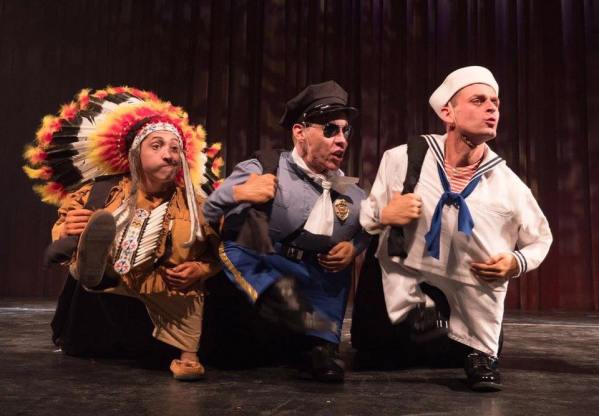 A WHIRLWIND OF VARIETY ACTS – Following JUBILEE‘s well-established format, the larger sequences in VTS are punctuated by a collection of specialty acts. You’ll never know who will step out from behind the curtain, from acrobat Yasu Yoshikawa and juggler Michael Holly to the troupe of riotous physical comedians known as The Quiddlers. Each one is guaranteed to amaze, amuse and keep the show moving at a breakneck pace. 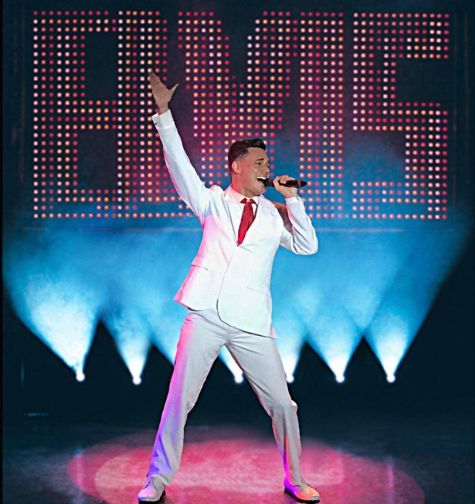 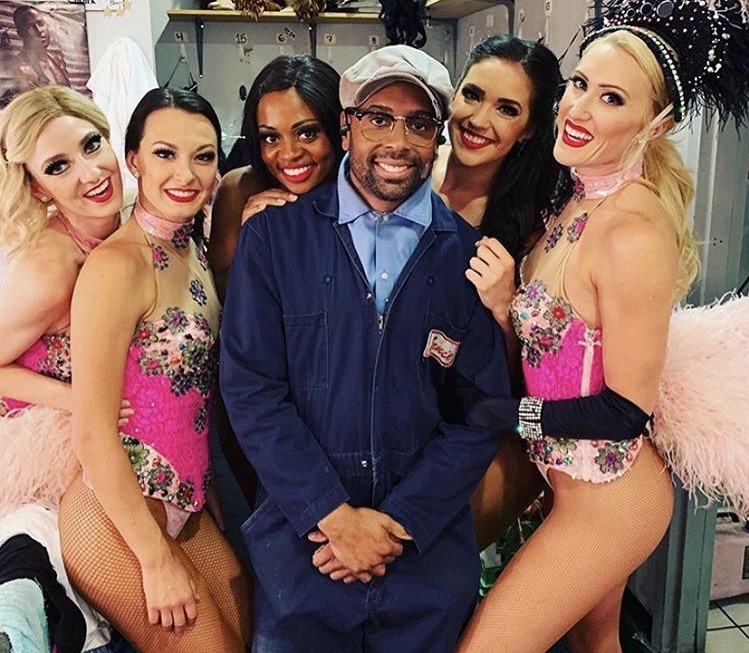 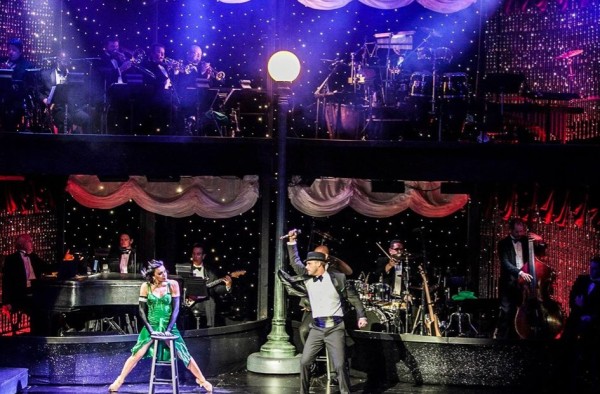 LIVE BAND and SINGERS – Many of today’s productions have recently eliminated live musicians as a cost-saving measure. Not so at Vegas! The Show, where audiences are treated to a crackerjack eleven-piece band. Piano, horns, drums, and guitars bring you a musical experience that no pre-recorded track could ever emulate. VTS‘s amazing singers do double-duty, offering authentic recreations of familiar stars while delivering stunning vocalizations in their own style. Which brings us to… 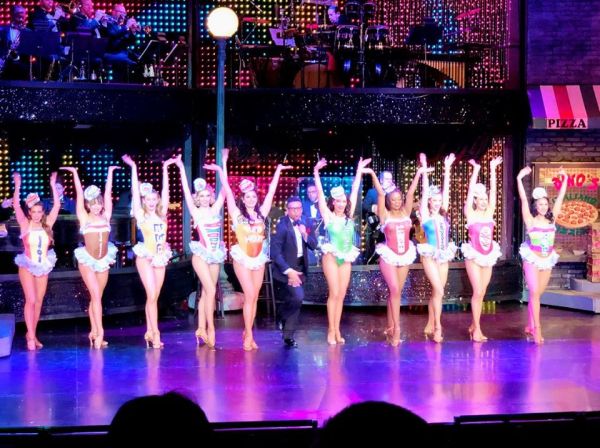 AN ALL-STAR CAST – Since the very beginning, Vegas! The Show has been a whos-who of Sin City stars, both current and in-the-making. Ballroom dancers Alejandro and Sarah Domingo became featured performers in Palazzo’s BAZ. Broadway star Josh Strickland (Disney’s Tarzan) was a lead singer for many years. Eric Jordan Young and Jaclyn McSpadden have gone on to outstanding musical productions like Cocktail Cabaret, BAZ and Postmodern Jukebox. 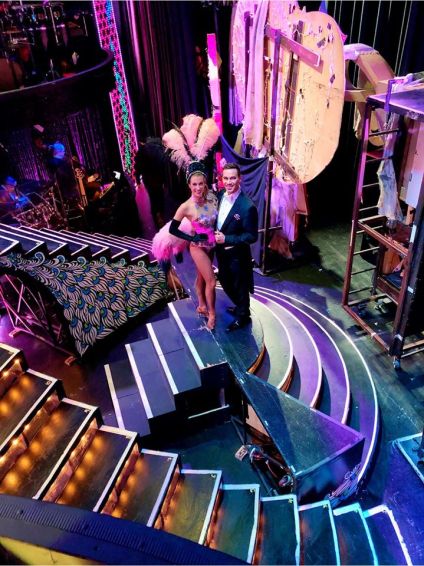 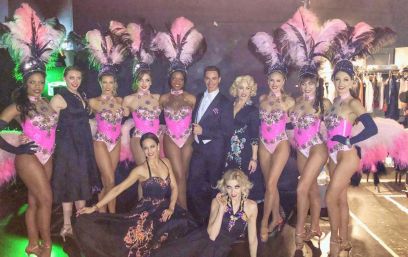 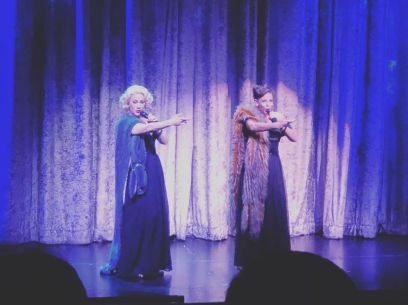 Today’s line-up is just as impressive. America’s Got Talent alumnus Samantha Johnson delivers stunning renditions of the hits of Gladys Knight, Lena Horne, and Tina Turner. Vocalist JT Seumalu belts out Wayne Newton‘s “Danke Schoen” then smoothly shifts gears to an Elvis gospel tune. Elijah Rock is wonderful as host “Ernie”, who takes you through the years while crooning Sammy’s “Candyman” and “Once In A Lifetime”. He and many more are accompanied by over a dozen stunning dancers. 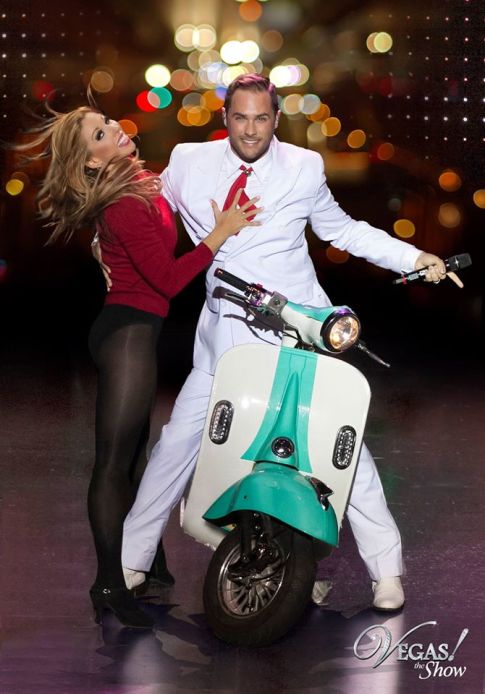 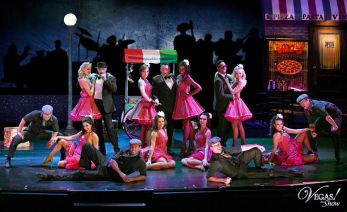 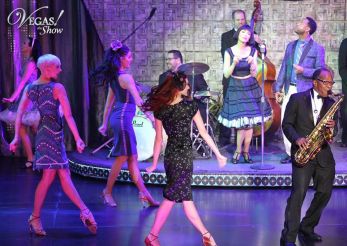 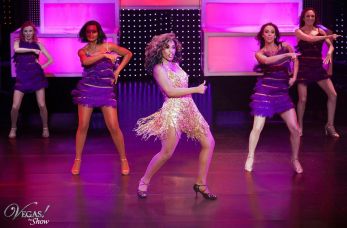 NONSTOP HITS – Get ready for a rousing parade of timeless favorites. “Midnight Train To Georgia”, “I’ve Got You Babe”, “What’s New Pussycat”, “If I Can Dream” and “Shining Star”…they’re all here. Disco, funk, jazz, lounge standards and the big-band era get the VTS treatment in epic style. Seumalu brings the show to an emotional climax with “Rocketman” as videos of hotel implosions return us to present-day Sin City.

The Golden Era of Entertainment may have come and gone, but thanks to Vegas! The Show, the legacy will live on for a long time to come. 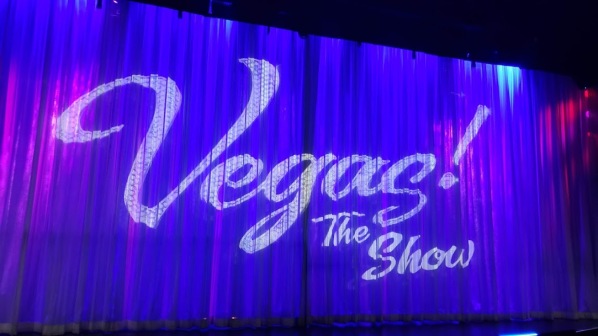 VEGAS! The Show performs nightly at 7pm (dark Sunday) with an additional 9pm performance on select evenings. Tickets start at only $54 via BestOfVegas and can be purchased by clicking HERE.