Since the original publication of this article, the Bronx Wanderers have announced a move to Harrah’s Showroom. New times are Wednesdays through Mondays at 8 p.m. with an additional 4 p.m. matinee on Sundays (dark Tuesdays).

There’s something about the music and culture of late 1950’s/early 1960’s Bronx New York that strikes a chord in music fans. The 1979 cult film The Wanderers and songs by Franki Valli and the Four Seasons continue to entertain audiences as a new generation discovers that special time and place. 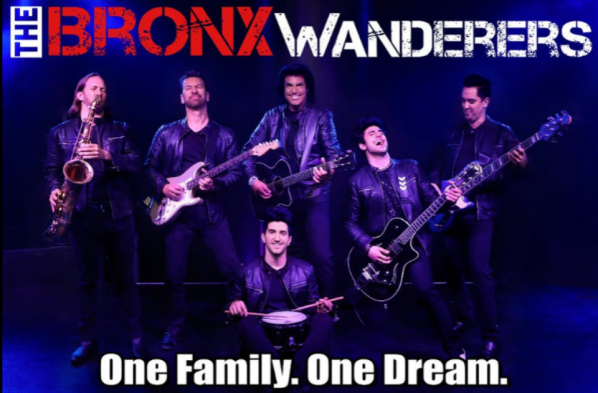 The Bronx Wanderers are a part of that timeless legacy. This Italian family band has its roots in the Jersey Boys era but with their feet firmly planted in contemporary Las Vegas. A veritable living jukebox of legendary hits, this handsome and talented collection of musicians and singers brings down the house with every performance.

Patriarch Vinny Adinolf worked behind the scenes in the music industry for decades. A successful record producer and label executive, he was instrumental in the careers of Dion and the Belmonts, Jim Croce, Alabama, Reba McEntire and many more. Despite his enormous success spearheading other artists, Adinolfi had always wanted to have his own act.

By the mid-2000’s, Vinny’s two sons had mastered several instruments and exhibited an enormous amount of musical talent. So the time was right to form a family band and take that “Jersey Boys” sound out on the road. That’s how The Bronx Wanderers was born.