Hard to believe so much time has passed, but it’s been five whole months since my last entry in the “Hot Guys of Vegas” series! Since we’ve just come out of the “Season of Giving”, it only seems fitting to salute this current crop of hunks. One way or another, they’re all doing their part to make Las Vegas more live-able, either by promoting businesses, supporting worthy causes…or sharing their love for the animal kingdom. 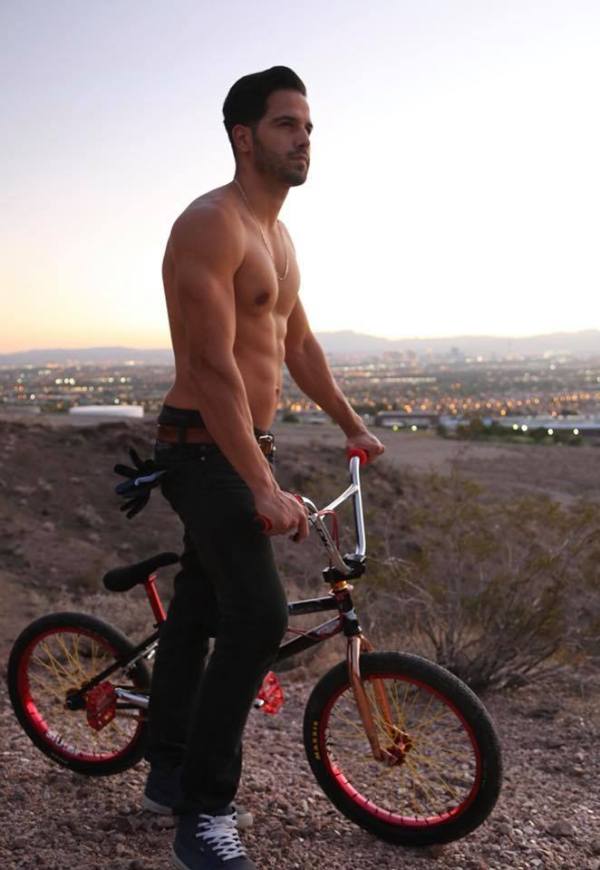 There are very few people in Las Vegas who haven’t encountered Ricardo Laguna. This stunning man has been a resident since the age of thirteen. When he’s not emceeing an event, helping with a charity or enjoying time with his family, he’s flying through the air on his BMX bikes. Sometimes he’s doing all of them at once. 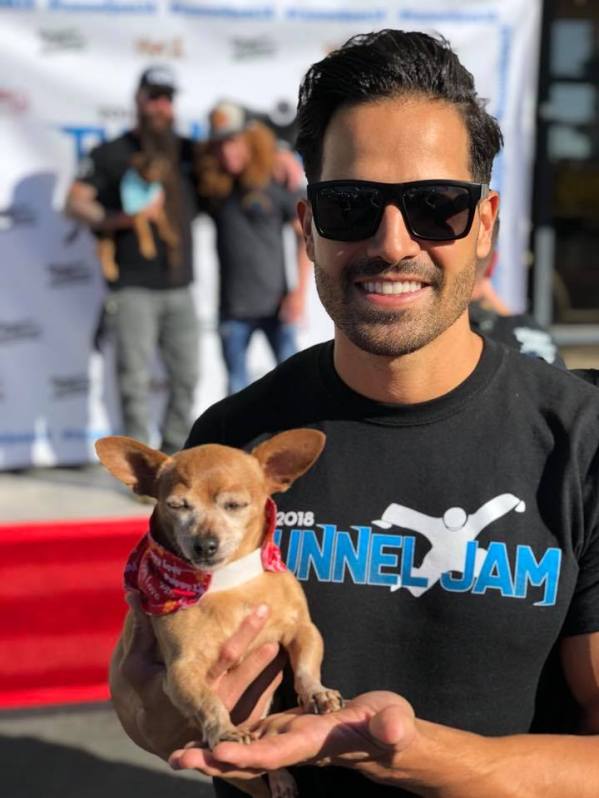 Ricardo’s known for his charisma, community efforts and undying love for the city he calls home. He also owns an eye-catching wardrobe, thanks in part to friend Ricci Lopez-Hammargren at STITCHED Men’s Haberdashery (more on Ricci soon). But underneath those gorgeous clothes is an equally stunning body. In or out of a shirt, Ricardo Laguna is always dressed to impress. 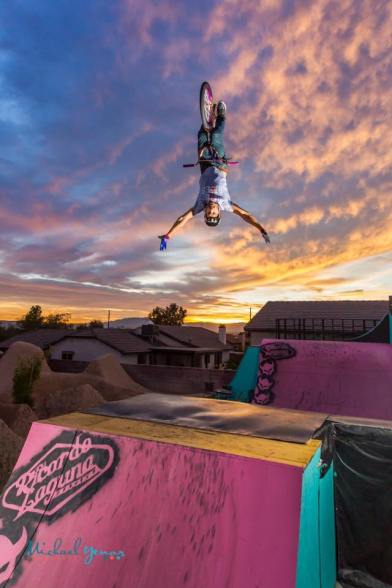 Several children’s charities are close to Ricardo’s chest…er, “heart” . You may find him doling out ice cream at Ben & Jerry’s “Free Cone Day” to benefit CASA Foundation or fighting childhood obesity via Jump 4 Joy Foundation. But whatever he’s doing or how high he soars. Ricardo Laguna eventually ends up with his feet…and his wheels…firmly on the ground. 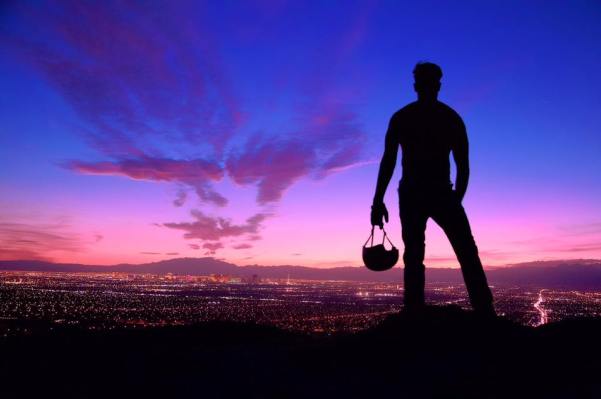 Noteworthy traits – defiance of gravity, ability to great cheese on his abs 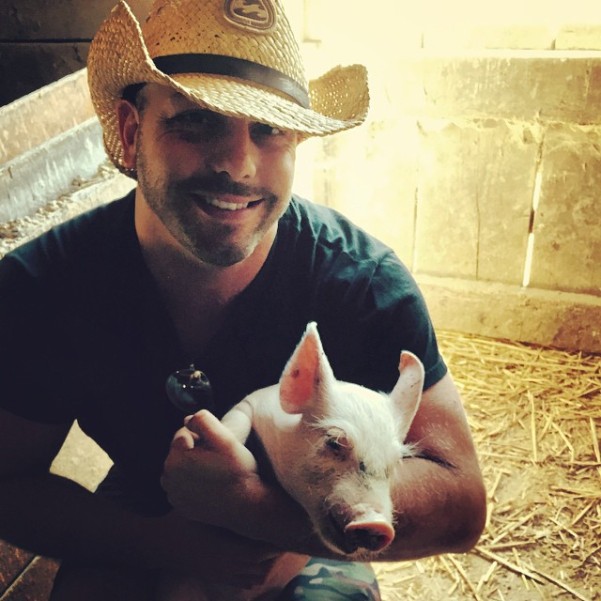 Where you’ve seen him – E!’s Men of the Strip/FLO Advertising/Chippendales

Mike Foland might not be a household name…unless you’ve seen him as the smooth-talking “Money Mike” in E! Television’s Men of the Strip movie event. Nevertheless, Mike’s presence is felt in just about every corner of Sin City. He’s a man on the move, just like his awesome FLO Advertising mobile digital billboards that you may have seen this blog displayed on.

Foland is one of those guys that everyone seems to know and love…and rightly so. He has his hands in so many operations and activities that it’s hard to describe exactly WHAT Mike does…or just how wide his interests are. Along with the advertising business, Foland works behind the scenes to create new Vegas entertainment, is a member of the National Addiction Center Treatment Alliance and owner of Sunshine Sober Home in Florida. 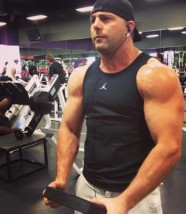 Mike’s remarkable background is just as varied. The West Palm Beach FL native began as a wrestler which segued into an MMA fighting career. Somehow along the way he managed to become a member of the world-famous Chippendales. No shortage of testosterone in this guy, that’s for sure. 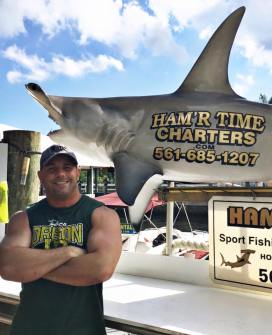 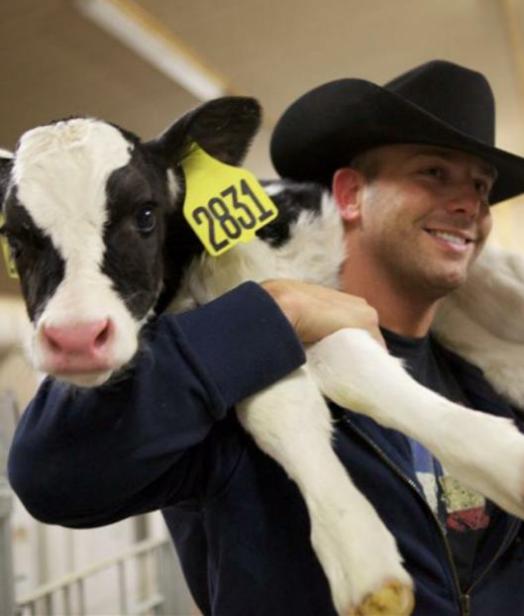 Mike says his dancing days are far behind him now, but love for animals will always be a part of him. Very much a cowboy at heart, Mike enjoys farmer life and outdoor activities. Fishing, boating, hiking and diving are all part of what makes this rugged hunk a real “man’s man”. But deep down inside and underneath that ever-present cowboy hat, Mike Foland is a true softie. 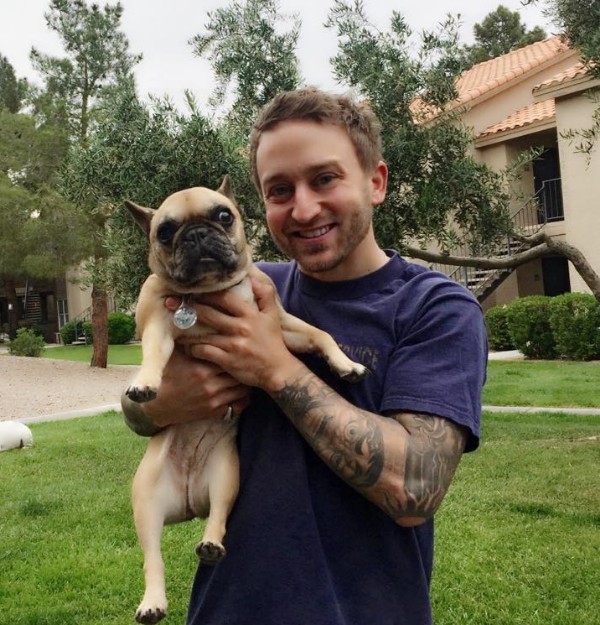 If you’ve had the good fortune to attend one of the two sterling shows at Four Queens Hotel Casino, chances are you’ve met young Jeffrey Frischmann. This handsome, soft-spoken boyish gentleman presents himself with a demeanor and elegance reminiscent of the showroom maitre d’s of yesteryear Vegas.

Jeffrey joins Steve Connolly onstage at Spirit of the King…

Jeffrey usually wears a wacky logo t-shirt under his dark blazer. which adequately represents the dual personality of this outstanding guy. Jeffrey’s quite formal on the outside but life-loving and adventure-filled within.

You’d be hard pressed to find a photo of Mr. Frischmann by himself. He’s always with…or holding…someone or something he loves. Married to lovely Ayin with two-year-old daughter Farrah, this family shares their home with some other very special members. 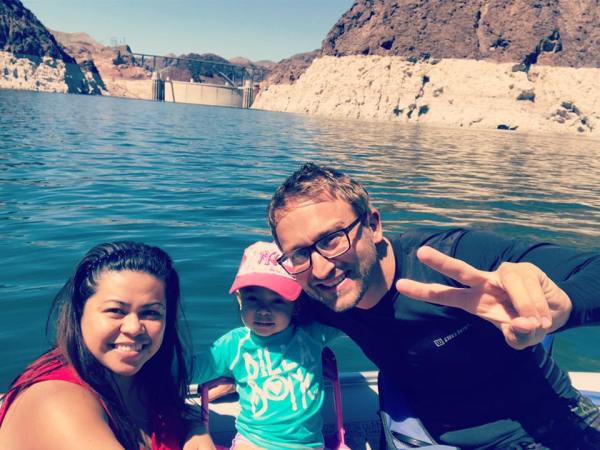 Jeffrey and Ayin are actively involved in providing homes for French bulldogs. As part of Nevada Frenchie Rescue, the couple has been instrumental in relocating pets from other areas into better situations…and have adopted several of them as well. Of course, they’ve experienced many tearful farewells along the way, but Jeffrey knows that the pain is worth the rewards. 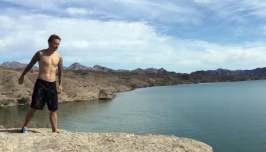 This aficionado of all things retro-cool loves to hit up antique shops with his pal Carrot Top, listen to rock music on his vintage record changer and play pinball with pals. During the scorching Vegas summers, Jeffrey heads out to Lake Mead for swimming, boating and diving. In the winters, there’s snowboarding to keep him fit. 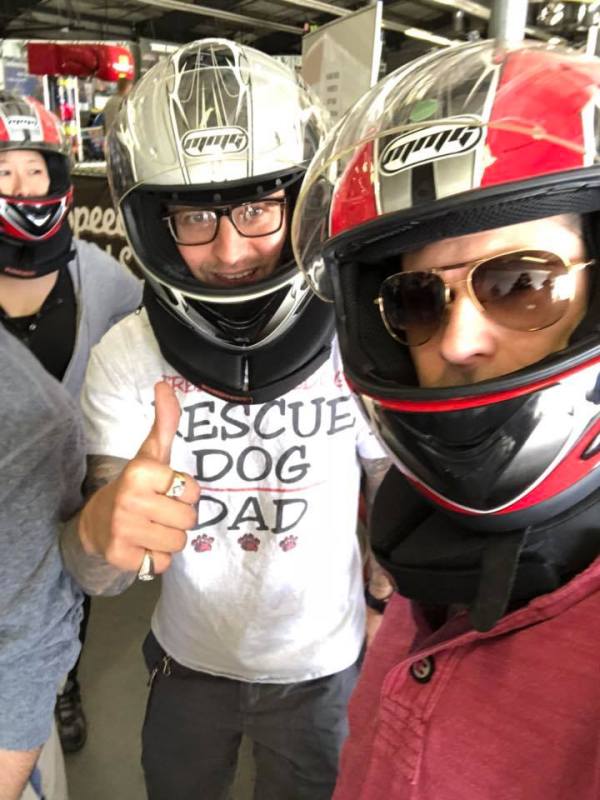 Being Mike Hammer’s right hand man means that Jeffrey is ever-present at fundraisers and charity functions that Hammer hosts and attends. Most notable is a series of annual Mike Hammer Celebrity Go-Kart Races that have benefited a long list of charities.

However Jeffrey spends his days, you can always find this great guy charming his guests at the Four Queens Showroom five nights a week. Making people smile comes naturally for Jeffrey. He represents his generation VERY well.