Stop it. Just stop it! We mere mortals can only handle so much sex appeal on one stage. Blame the people at Chippendales for raising body temps…and maybe even contributing to global climate change. But here we are once more with another absurdly sexy cast member…and this time his name is Shyllon Melatti. 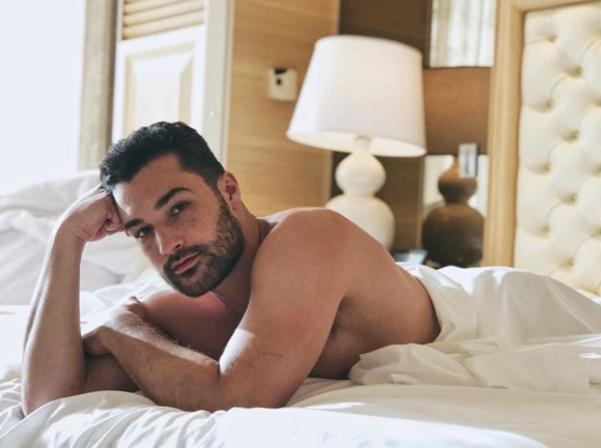 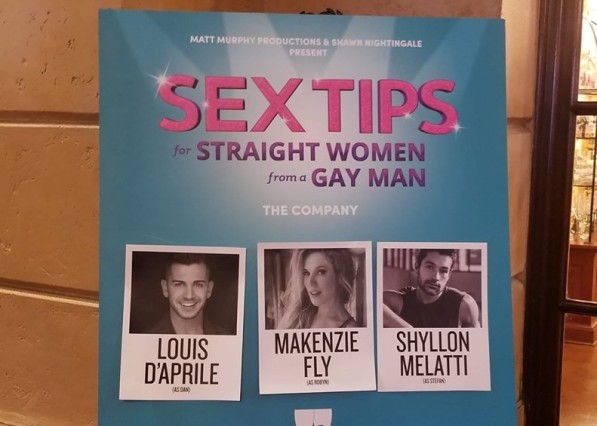 But it’s the character of ‘Stefan’ that has the most….er…”exposure” in this modern retelling of “My Fair Lady”. The hunky and linguistically-challenged stud earns a living as the lecture’s lights-and-sound tech. But when the moment arises, he’s called upon by Dan to strip down for a variety of demonstrations. The immigrant protests, of course (“Stefan is not stripper. I am scientist!”). That is until audience reaction sways him into a boom-chicka-wow-wow frame of mind. 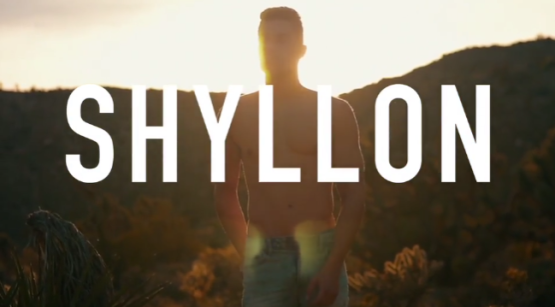 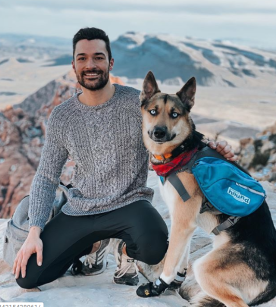 Previous cast members Chris Hodgson, George Blick, and Colin Cahill have given their all for awesome interpretations of “Stefan”…and each has been featured in this column (for obvious reasons). Then the role went to our title man Shyllon Melatti. I was fortunate to be in the audience for Shyllon’s premiere performance. The gasps when he disrobed rippled through the audience…much like his stunning abs (see what I did there?). 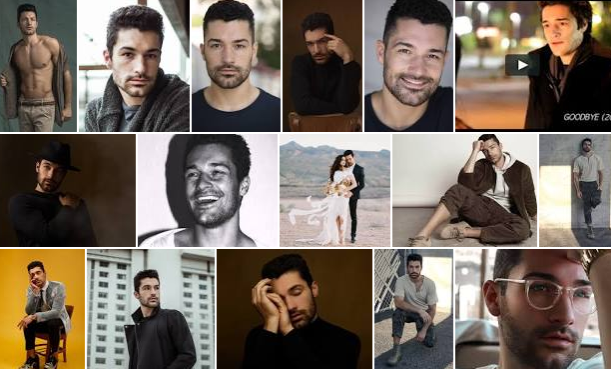 Shyllon is represented by TNG Models right here in Las Vegas. The six-foot hunk boasts a 40-inch chest, chiseled 32-inch waist, brown hair, and brown eyes. His distinctive scruff is even more appealing when he slips on a pair of eyeglasses. But you’ll be wanting Shyllon (rhymes with “nylon”) to slip out of those designer outfits and into something a lot less confining. 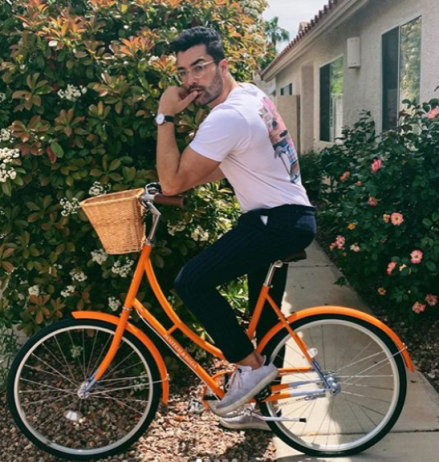 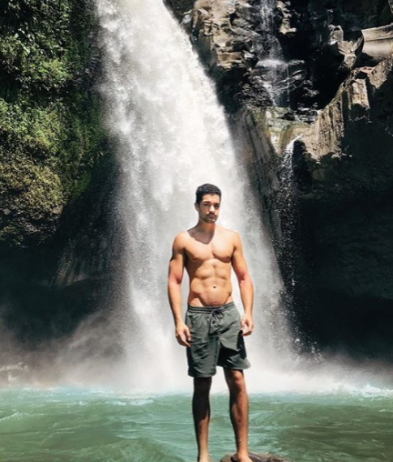 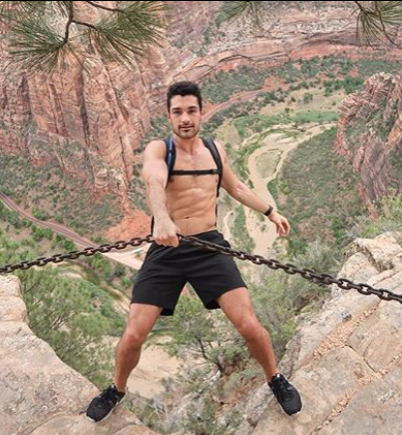 A self-described goofball, the Las Vegas native has appeared as the handsome lead in films like Goodbye (2011) and Hooked (2012). Athletic and adventurous, Shyllon loves the outdoors as much as he adores dogs and cats. Rock climbing, snow skiing, bicycling, camping, and diving into a waterfall…they’re all just a normal day for Mr. Melatti. 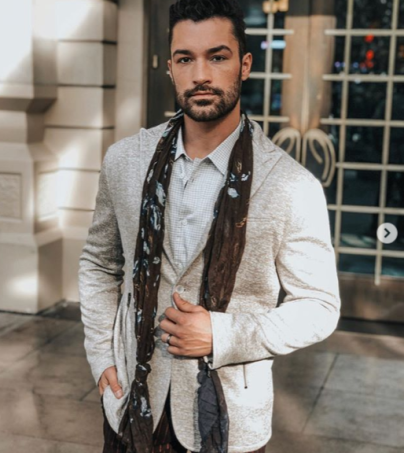 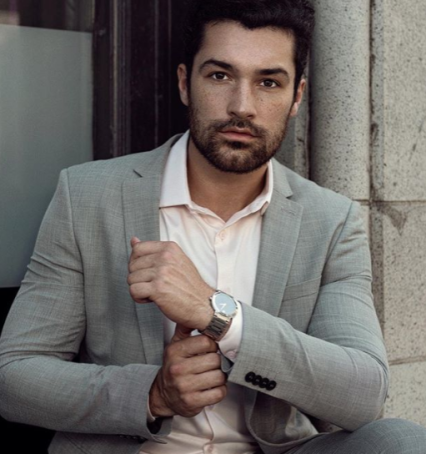 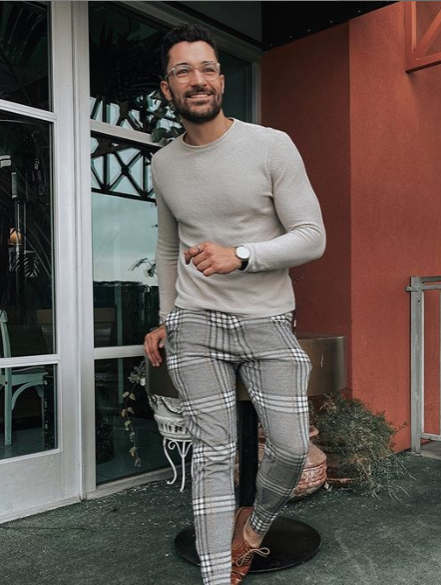 Much like his character, Shyllon is as academic as he is attractive. The UNLV graduate earned a Bachelor’s Degree in Criminal Justice and lists himself as Executive Assistant at Daniel Franzese Entertainment. Previously a brand ambassador for Rockstar Energy Drink, he was once a lifeguard at Mandalay Bay’s DAYLIGHT BEACH CLUB (swoon). 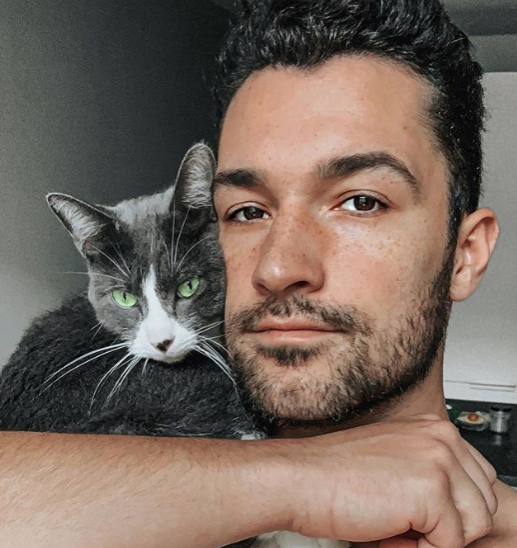 Shyllon’s dabbled in the music industry at Lava Records and done charitable work through Rebuilding Together Southern Nevada (RTSNV) and as a Big Brother for Boys and Girls Clubs of Southern Nevada. And did I mention that he loves cats? (yeah, that one is worth mentioning twice). 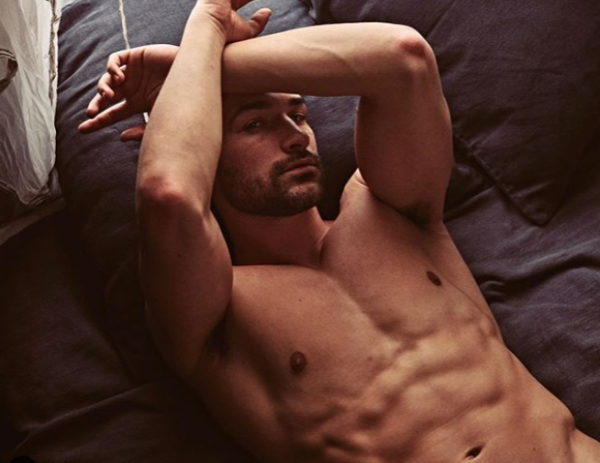 Sex Tips was Shyllon’s first role in a live stage production, and he clearly made quite an impression. In the early part of this year, his role was re-acquired by George Blick so that Shyllon could take on hosting duties at Chippendales. Alas, the pandemic shutdown had other plans.

So for the time being, Shyllon and the rest of the Chippendales cast are up for grabs via Chippendales@Home. You and your friends can book a personal online party with the boys. Dance, chat, play naughty games and more. Check out my article right here for all the details.

If you absolutely MUST see this hunk in person right away, Mr. Melatti is flaunting his biceps while pouring drinks at brand new The Garden. The swanky, stylish restaurant/lounge just opened in downtown’s Arts District and is spearheaded by nightlife impresario Eduardo Cordova. Click this link to learn more about The Garden. Then make reservations to spend the evening with Shyllon and his steamy colleagues.

While I can’t guarantee that Shyllon will take off his shirt for you from behind the bar, he just might flash his abs if you buy a round of shots. And you can always request a personal Chippendales Cameo message from him before he returns to the stage at Rio Las Vegas sometime soon.

One thought on “Hot Guys of Vegas: Shyllon Melatti”