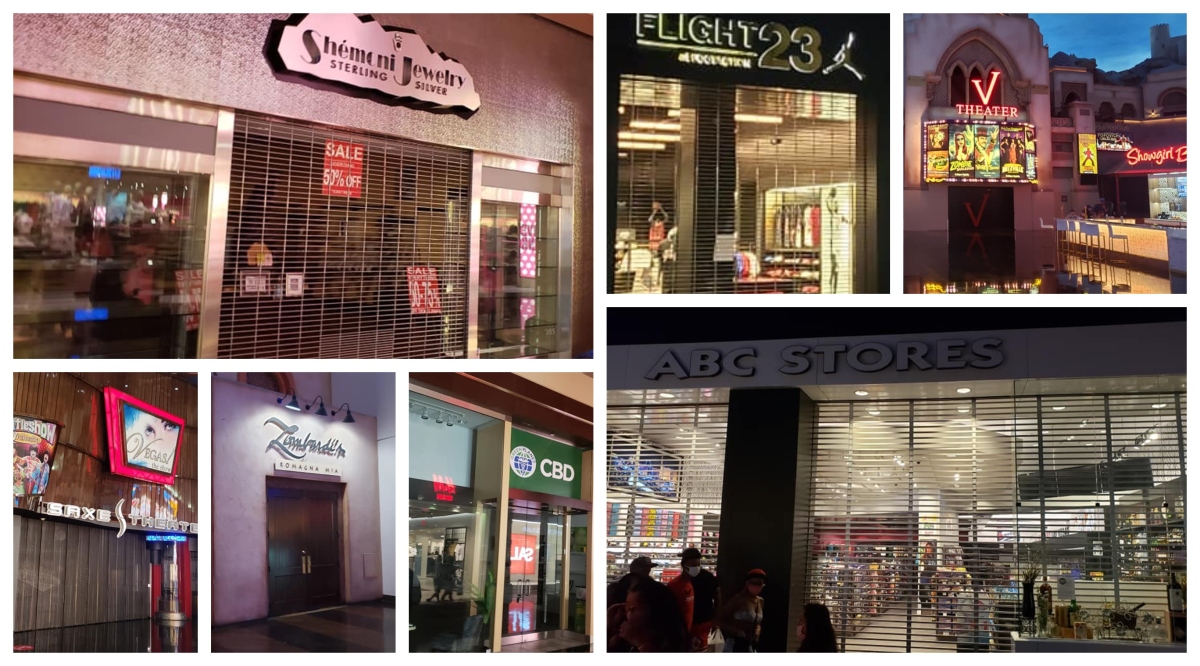 Update 7/14/20 – I’ve been told by someone I trust that a major show on the Strip has pulled out all of their equipment, sets and props from the theater due to a dispute with Miracle Mile Shops landlords. They are demanding full rent incurred during the shutdown. I have been unable to confirm this with other sources, but it’s in line with the documents I’ve seen that were provided by a retailer within the mall.

Our entire nation continues to endure a seemingly endless pandemic lockdown. Weeks have turned into months, and quarantine extensions get added as our bank accounts dwindle. The world will be a very different place when all of this has passed. Only the strong, smart, and very lucky may come out of it relatively unscathed. 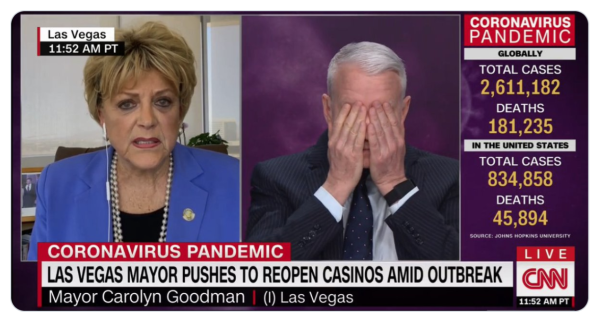 The economy of Las Vegas seems to be most in jeopardy of total collapse. No other city depends so greatly on a daily influx of tourists. Our locals form a giant hospitality team, ready to host, serve, and entertain the world. If and how that will happen again has become an aggressively-debated subject, as a cringe-inducing exchange between Anderson Cooper and Mayor Carolyn Goodman recently demonstrated. So while casino execs and politicians huddle over their laptops, hashing out plans through virtual meeting apps, it’s the “little guys” who are about to suffer the most. 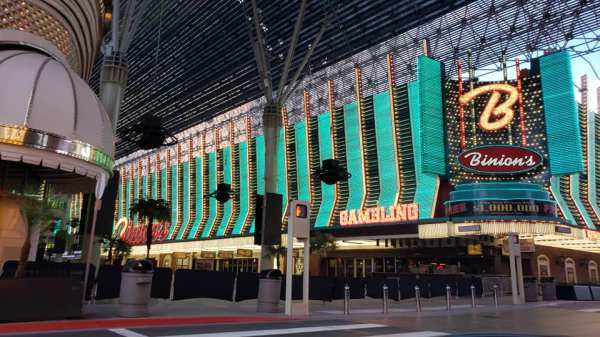 This week, a series of letters was sent out to business owners and employees that will put thousands of Vegas residents permanently out of work. Those dedicated staffers and smaller-scale entrepreneurs are being erased from the chalkboard with the flick of a wrist. It’s a crushing blow delivered at time when people couldn’t possibly be more vulnerable, an ugly tactic we should remember with our wallets long after the doors to Las Vegas have been unlocked.

Letter number one comes from Robert Buchanan, Vice President/General Manager of Miracle Mile Shops. Sent to tenants of the busy Planet Hollywood-based mall, the letter requires an agreement to pay the full amount of rent accrued during shutdown. Business owners must sign off on this legal agreement prior to reopening, despite the fact that their businesses have been unable to generate a single dollar of income since mid-March. 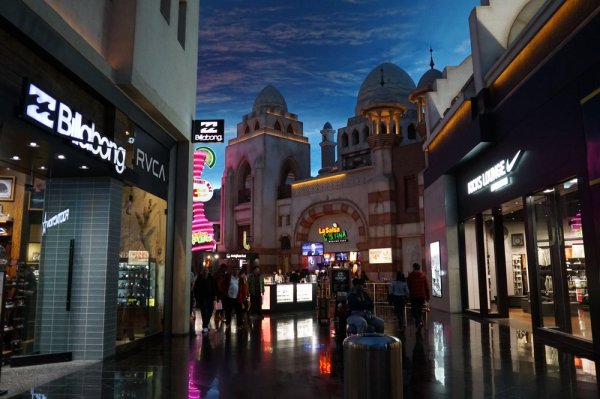 The multi-page document, of which I have a copy, offers the option to defer payment of rent and spread it out over twelve months (without interest or penalties). Failure to pay the rent would result in a monetary default of lease terms. Recipients have been instructed to keep the terms confidential and not to discuss the matter with other occupants of the mall or any third parties (oops…too late).

While an interest-free rent deferral might sound generous on paper, the amounts in question can literally be hundreds of thousands of dollars per tenant. These are staggering sums that will more than likely cripple and/or close a significant percentage of Miracle Mile‘s shops and restaurants. 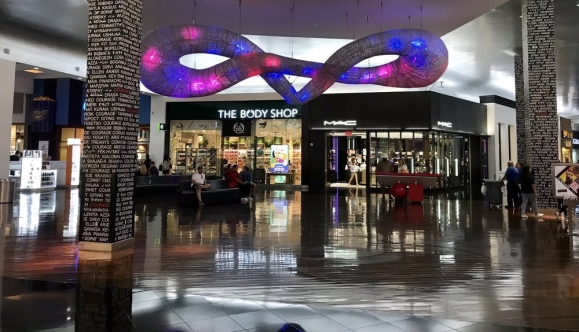 The tenant that contacted me about this situation explained that rental rates are based on a monthly average of the mall’s total annual foot traffic. Nevertheless, no adjustments have been made to reflect a period of ZERO customers. No pro-rating, no discounts, no rent forgiveness, no exceptions. The store owner, who asked to remain anonymous, noted that his business was already struggling to break a profit.

Hard to share too much without giving away _____ (name of business) but I’d been trying to talk to them since this (the pandemic) started. No response, vague replies to emails. I kept asking a week leading into it. No guidance, no direction.

Finally we were given 24 hours to vacate. To get access we now have to schedule a meeting with a Miracle Mile security guy to walk us there. Total lockdown. They still want full rent. So ironic.

At Miracle Mile Shops, as in many other malls, a tenant’s rent is only one part of their financial responsibilities. They also have to pay their share of marketing, insurance, trash, water, security, facilities maintenance, and much more.

In other cities, landlords have taken pro-active steps to offer assistance. They are so concerned about losing valued tenants that they’re asking what can be done to assure that shops will reopen. But in corporate-run Vegas, nothing matters except for pleasing the stockholders.

How is this legal? It’s insane! It will take Vegas at least a year to recover from this so how can the landlord do this to its tenants? Multiple tenantss are grouping together and with one voice seeking legal assistance to fight this greed.

It just simply breaks your gears when you’ve worked so hard for something and been paying big dollars to this landlord for them to rip out our hearts during a crisis like this.

I’ve already mentioned Mayor Goodman, whose “Open up Vegas and see what happens” stance has garnered an enormous amount of ridicule. At the opposite end is Governor Steve Sisolak, who put the statewide shutdown in place. Sisolak supports a slow and organized approach to restoring our daily lives, which has received its own share of protests and demonstrations. 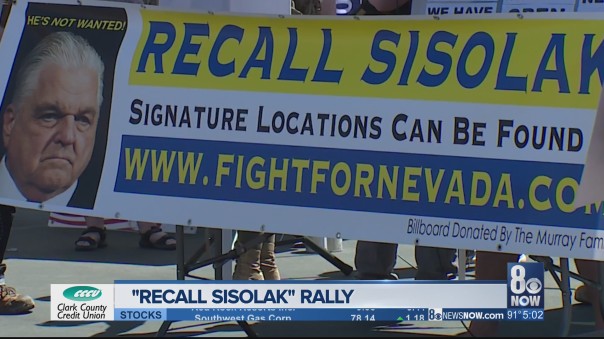 I’m not interested in delving into political arguments here, as I see logic in both approaches. The reason I bring it up is to emphasize that everyone has a stake in the decisions. Nobody has a perfect list of answers, so we wait, sacrifice, obey the rules (or protest) and watch those bank accounts dwindle down to nothing.

In the meantime, everyone seems to be asking the same question: when will MGM Resorts open? The same with Caesars Entertainment properties and Sands Corp. (Venetian/Palazzo). And while we focused our gaze on the big three, a lesser-known chain called Station Casinos swooped in and drove a dagger through the hearts of thousands of its own employees. 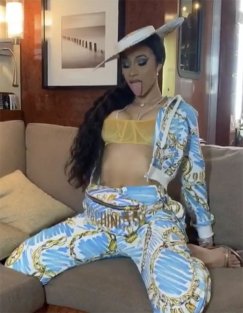 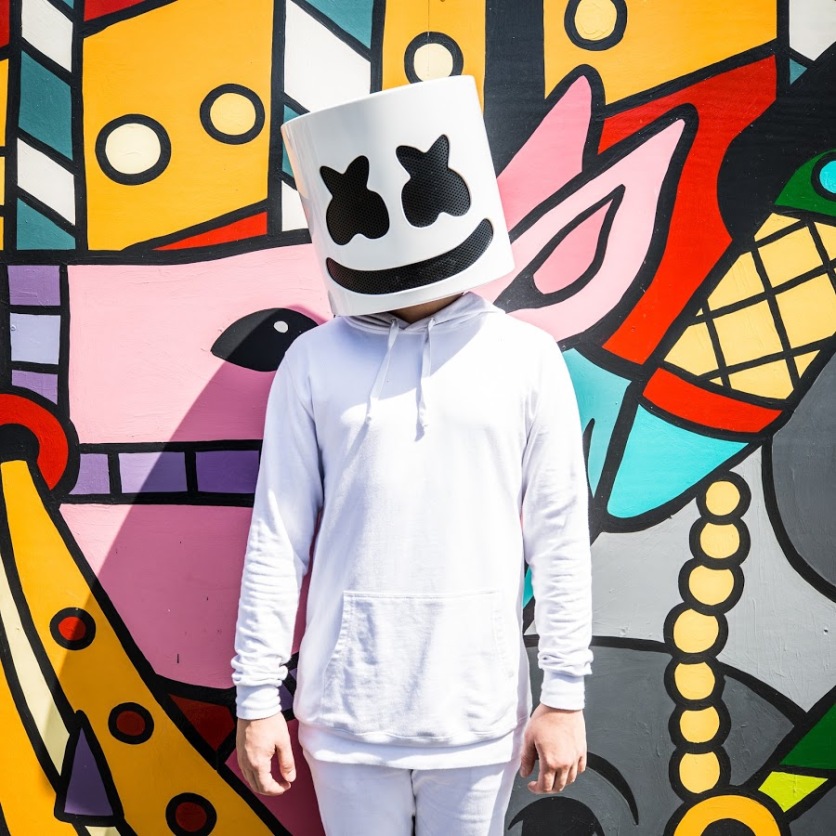 On May 1st, Station Casinos sent out letters to full-time Palms employees, announcing their terminations…effective 5/16/20. Similar letters were mailed to employees of Fiesta Henderson and Texas Station, both operated by Station Casinos. What makes this letter particularly ruthless is that they’re referring to the shuttering of the three hotels as a “temporary closure”, which in actuality took place two months ago. What this means is that when Palms, Fiesta Henderson and Texas Station reopen (if ever), they will be treated as new entities. 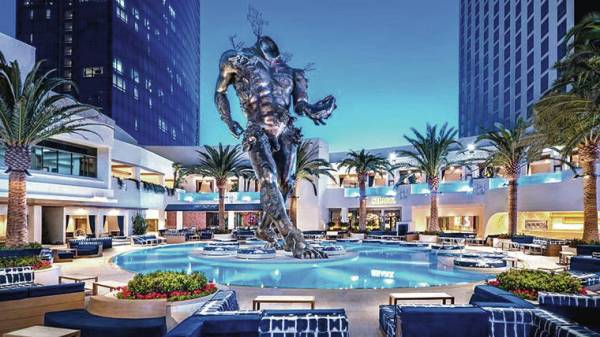 Palms Casino is the latest monument dedicated to overreaching ambition…

In the meantime, Station is off the hook for protecting their own employees. The company will grant certain benefits through September, then the labor force is on its own. The letter also stated that their will be “no bumping rights”, meaning that terminated individuals would have to reapply for their previous jobs, forfeiting any earned seniority if they return. This also means zero opportunities to transfer to other Station locations to maintain that seniority.

Some people out there may be inclined to say “Corporations have to do whatever is necessary in order to survive”. But what about right now? Unleashing a bloodbath in the current economy is simply catastrophic. I’d rather see a company dig in for the moment and take its chances later. Much later.

So what is a struggling employee or business person to do in the current climate? We certainly can’t rely on the government to help. Very few people have had success in collecting unemployment benefits, judging by the daily posts I read on social media. Sadly, numerous businesses have announced that they won’t be coming back, either. Friends of mine from every walk of life are considering moving away and some have already begun the process.

Performer Andrew Hill, who entertains audiences at Station Casinos, shared these hard words regarding the closure of Fiesta Henderson on Facebook:

Well looks like our contract at the Fiesta is done and dusted ! Yep, for all the clueless fools sprouting Vegas is gonna bounce back!! ….Can you all Please stfu!

If anyone quotes the most idiotic destructive statement of “Vegas always reinvents itself” or “ we’ll be bouncing back in no time” …. can you please punch them very hard in the face!

When ever the wonderful PR word “ reinvent” is used …. it is code for cost cutting, slashing entertainment and figuring out how to screw people to make more money…

For those who stick it out and hope for a successful recovery, things look bleaker every day. Think back to the long-term effects that 9/11 had on the airline industry. In order to offset dwindling profits, nearly all airlines began charging mandatory fees for checked suitcases and eventually, carry-on bags. Yet once air travel rebounded, those fees remained. They now generate more profit than actual ticket sales.

As you read this, Las Vegas is virtually a ghost town. Every action taken by those in power during the days ahead will undoubtedly become a new standard. If the events of this week are any indication, the citizens of this city are in for for years of serious trouble.

Many of us have been hoping that Vegas will use the shutdown as an opportunity to undo damaging decisions of the past decade. Former Vegas Mayor Jan Jones Blackhurst is among them. We’ve urged the Big Three to toss out resort fees, eliminate paid parking, send “celebrity chefs” packing, dump those $20 cocktails down the drain and make Las Vegas appealing to the masses once more.

Las Vegas may be your playground. But it’s also our home. The future of this city depends on it being recognized as a community of flesh-and-blood people. But nobody seems to be listening.

Click here for the article’s companion piece “Vegas Goes Dark – The Beginning of the End…or a new Beginning?”

Click here for my related article “Is Sin City Determined to Drive You Away?”