Spectacular production poised to redefine entertainment on the Strip…. 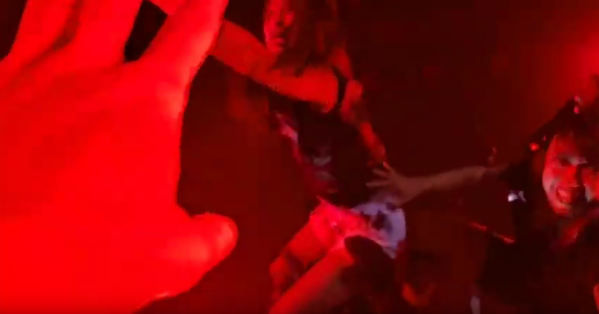 Every decade or so, a show comes along that changes the face of Las Vegas entertainment. First Mystere brought Montreal’s Cirque du Soleil to the desert. Then Celine Dion’s record-breaking Coliseum residency paved the way for other top-tier headliners. The last truly innovative production we’ve seen is Absinthe, the bawdy acrobatic tribute to burlesque. That is until Fuerza Bruta arrived on the scene. And this high-energy production is one phantasmagorical thrill you won’t want to miss.

Like Absinthe, Fuerza Bruta is located in a tent outside of a major casino (in this case, Excalibur). That’s about the only thing these two productions have in common. You’ll know you’re in for something unusual when you step inside the entrance and receive a short briefing by a staffer. He or she will explain that you’ll be required to stand during the entire performance and follow crew instructions to move as set pieces and cast members move through and around the performance space. 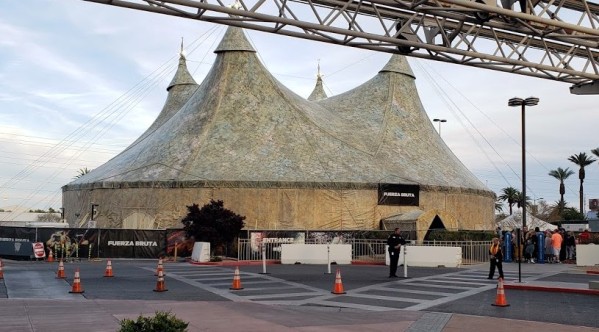 Once inside, you’ll notice that the cavernous area is entirely black and dimly-lit, except for a neon sign displaying the show’s title. The anticipation will be palpable as you try to decide where to congregate and which direction to focus your attention. But don’t waste your time wondering, as you and the rest of the audience literally ARE the stage 360-degree, 3-dimensional. 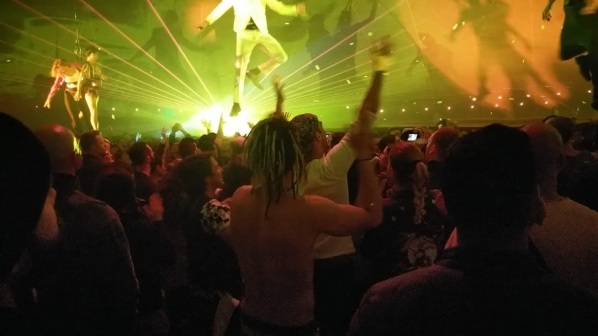 Once the lights go down and the cast appears, you’ll be swept away into the most immersive production the city has going. Wind, rain, sound effects, lasers, flying objects, moving sets, live musicians, singers and special effects on an epic scale combine to   envelope you in a way that Las Vegas has never seen. 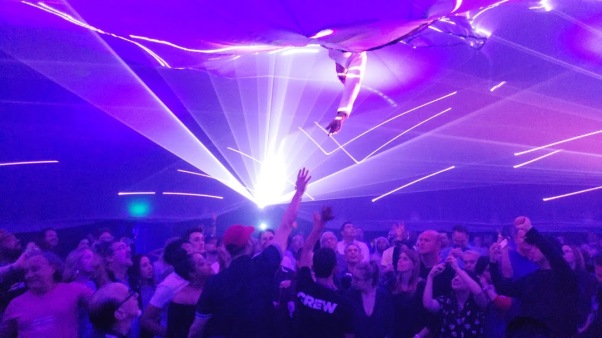 Well, that last statement isn’t entirely true. A previous incarnation, entitled De La Guarda, ran for about a year at Rio Hotel Casino. Somewhat ahead of its time back in 2001, the current version is exactly what Las Vegas needs. Not only does it avoid the “sameness” of most new roll-outs, Fuerza Bruta raises the bar for every show in the city.

Trying to describe Fuerza Bruta is a bit of a challenge. There’s no story line or discernible theme. What the Argentinian production does offer is an onslaught of imagery, mind-boggling segments and a daring assault on the senses. The music is fantastic, the cast is extremely attractive and the atmosphere evokes a secret rave.

How long has it been since you attended a show and your jaw literally dropped? That’s sure to happen when the audience is surrounded by a massive mylar wall that begins to rotate like a horizontal hamster wheel. Performers jog along this enormous silver road,  suspended at a right angle and reaching out to the audience below. 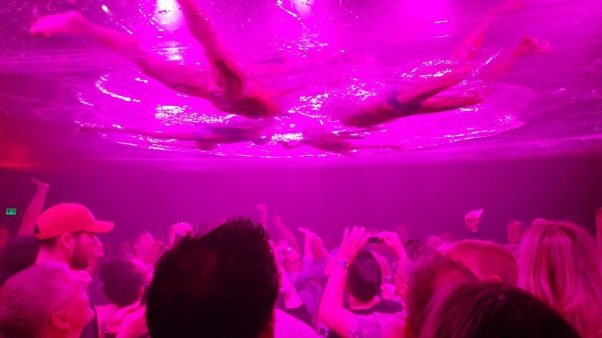 If you’ve been fascinated by the aqua-stages at “O” and “Le Reve”, wait until you see what Fuerza Bruta does. A transparent swimming pool appears from high above, slides over the audience and descends until you can reach out and touch it. Cast members swim, flip and swoosh through water that’s lit from above, creating a swirling collage of colors and patterns. 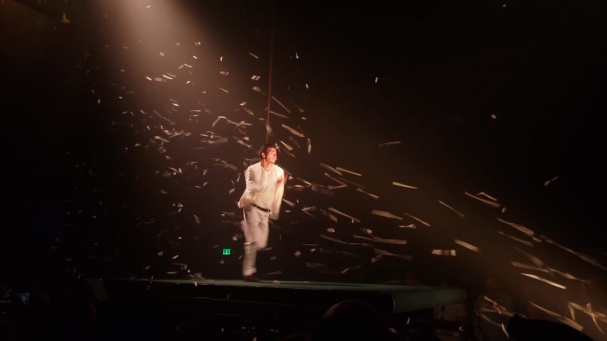 A favorite sequence involves a white-suited young man on a stroll that suddenly turns into a soaking windstorm. He encounters flying furniture, a spinning room and breakaway walls that sail through the air….all while never losing his rhythm to the techno beat. A truly avante-garde sequence that’ll have you cheering, dancing…and perhaps scratching your head. 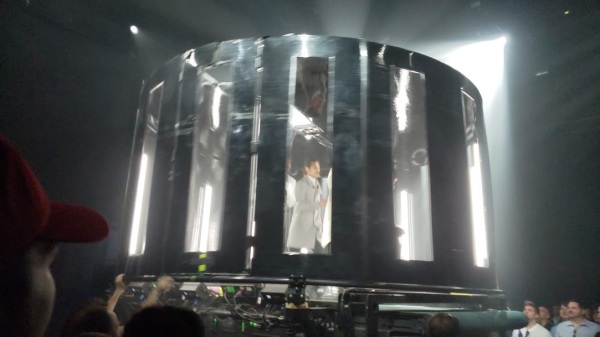 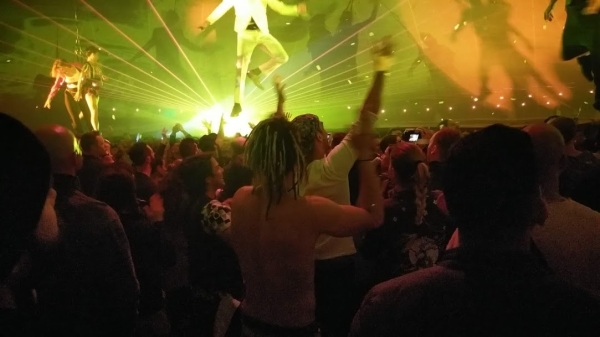