Not even a killer virus can extinguish the creative supernova of ‘Bronx Wanderers’ own Vin A.

It’s often said that forest fires are nature’s way of restoring balance. After an inferno, the soil is replenished with vital nutrients, and new life springs forward. Las Vegas entertainment is in the midst of its own conflagration. Once the smoke clears, rotted logs like Mariah Carey, Terry Fator, and Criss Angel will have hopefully dried up and blown away. That’s when the rebirth of Las Vegas will really begin.

Raw, hungry talent like Colin Cahill and Makenzie Fly (Mak and the Cheese), Dai Richards (Tenors of Rock), Ian Ward, and Andrew Diessner having been yearning to move to the front. But they aren’t waiting for the flames to subside. They’re digging in, planting new seeds, and maximizing their time away from the stage to create, express, and surge forward.

You might say that Vin A. of The Bronx Wanderers is leading this ambitious youth movement. Driven by the ongoing closure of his family show at Harrah’s, Vin has been working nonstop since mid-March. Music videos, virtual concerts, writing/hosting his own web program, penning new songs, and even launching an offshoot band…all this and more have kept the handsome hunk at the peak of his game.

It’s a mad world, according to our man of the hour. Ask where he gets his boundless motivation and the smart-aleck New Yorker is likely to answer “It’s all about the money, man!”. But don’t believe it for a moment. Vin has the “entertainer gene” ingrained in every cell, fiber, and drop of blood. He lives for music, the rush of creative expression, and the thrill of sharing his vision with the world.

Vin totally knocked it out of the ballpark early this summer when he debuted the imaginative music video for “Know Where (To Begin)“. A jaw-dropping analysis of God, creation, war, and the fate of our existence, it’s delivered on an epic wave of gripping instrumentals and passionate vocals. Check it out.

Vin has been prepping several follow-ups to 2017’s wonderful “Geology“. One is VINdemic, a solo acoustic album that shares a name with his collaboration with family patriarch Vinny Adinolfi. Carefully following mandated health guidelines, the duo has been performing sold-out shows at E String Bar, an intimate “jazz supper club” in Henderson. 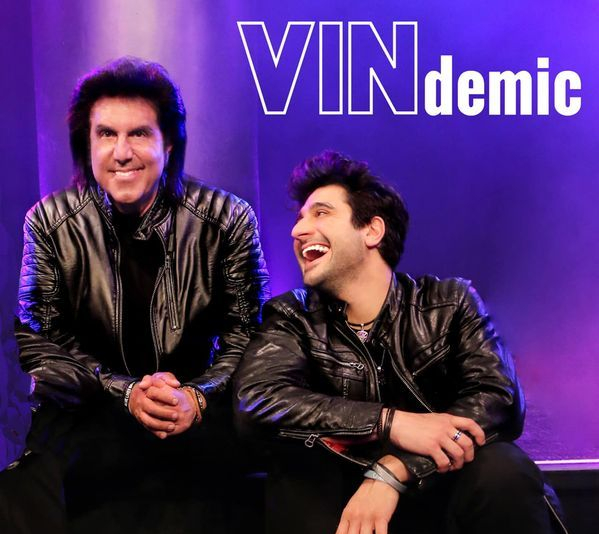 Are you tired yet? Well, Vincent Adinolfi the third isn’t. He’s also been appearing on programs like Rocking Comedy Show with Jay Bird and Time2Vegas. His own talk show What The Cluck?! started season two this year with a new location at The Space. The daring chat-fest mixes politics, comedy, social commentary and current events in wildly-random doses. You never know where a conversation will lead, just like Vin’s music.

As a die-hard fan, I truly enjoy the pleasures of Vinny’s compositions. Many of them are styled like an opus, with dramatic shifts in tone, style and direction. He deftly crisscrosses genres within a song, dallying in classic rock, pop, soul and funk along the way. “Know Where (To Begin)” will be one of the singles from his OTHER new album entitled “Mountains of Ignorance“, and yet another Bronx Wanderers recording is on the way. Geesh!!! 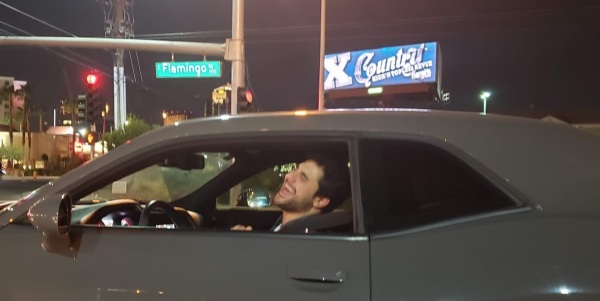 In a normal year, Vin’s fizzy upcoming “Wishing Well” would have been a chart-topping summer hit to cruise the streets by. This week, he and multi-tasking partner Elizabeth Jane Hunt, along with a sizzling team of dancers, filmed a music video for “Wishing Well“. The shoot drew talent from the casts of X Country and Aussie Heat. 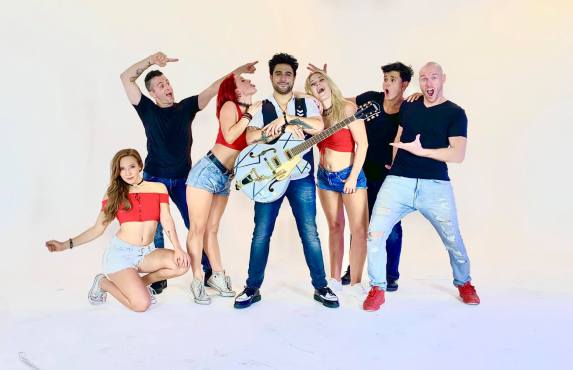 Here’s a sneak peek directly from the studio:

You may be wondering at this point if there’s anything left to do. I haven’t even gotten to the biggest undertaking…personalized Bronx Wanderers shows. Since the beginning of August, fans have been able to commission custom live performances. You choose the songs and select either VINdemic (father and son) or the full Bronx Wanderers group. Rates start at only $50 and you can get all the details by clicking here.

Not only will the guys play whatever song(s) you choose from the 130+ song menu, you will watch your performance LIVE and interact with the guys via A private Facebook feed on your phone or computer in real time. THE BEAUTY OF THIS OFFER is you will receive a polished video of the performance via email with great audio AND video quality that you can keep FOREVER.

While other Vegas shows have been quietly waiting to return…or have permanently folded…Vin A. and The Bronx Wanderers refuse to become a faded memory. You can follow the latest announcements, including their eventual reopening at Harrah’s, through the official Bronx Wanderers page and the dedicated Vin A. Facebook page.