As we begin year #5, ‘Vegas Unfiltered’ joins a well-established network of News, Reviews, Best-of/Worst-of lists and much more…

It’s been quite awhile since I’ve devoted space on this blog to things about myself. From the beginning, it’s always been about you, the reader. I started Vegas Unfiltered Blog with the goal to offer advice, recommendations, warnings, and ways to make the most of your hard-earned dollars. 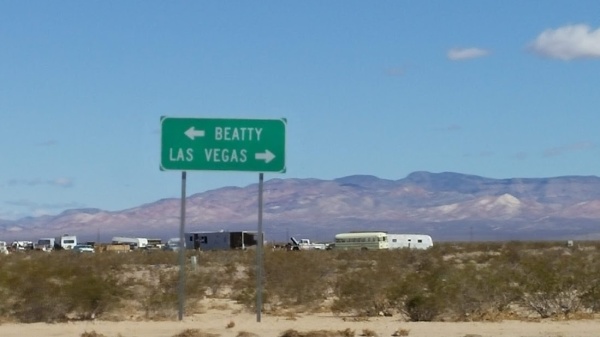 But sometimes I’ve told you a little bit about my own personal matters, too. Like when I decided to move to Sin City from rural Oregon. And when I shared my personal loss of beloved pets. And the time I stayed up all night, traumatized by seeing the Las Vegas Strip being boarded up and chained on Pandemic Shutdown Night.

Now I’m going to share another personal event, but this one will affect people in the entertainment industry, hospitality workers, and regular readers just as much as myself. In the weeks ahead, Vegas Unfiltered Blog will become part of a larger family: VEGAS 411. This multi-purpose website is a hub for Vegas-centric writers, commentators, and freelance workers such as myself.

VEGAS 411 also is also home to TicketKite, a ticket vendor where you can reserve seats to big productions like Mystere and Blue Man Group. It’s main focus, however, is ready-to-discover fare like Rock Candy, The Hilarious 7, Amazing Magic with Tommy Wind, and The BIG little Variety Show. It’s worth remembering that not every treasure performs inside an arena or a $60 million showroom.

My responsibilities at VEGAS 411 will grow far beyond integrating and maintaining Vegas Unfiltered Blog. As their new Deputy Editor and part of the senior management team, I’ll be working with our writers to make a larger impact, expand our reach, and create sizzling new features. And I’ve already brought Clay Bushes, a like-minded no-nonsense colleague, on board to stir up some shit.

I’ll also be VEGAS 411‘s “Man About Town”, so to speak. Throughout the year, I’ll attend events and openings, giving you up close and personal glimpses into everything VEGAS 411 covers. So get used to this smirky mug…it isn’t going away anytime soon. 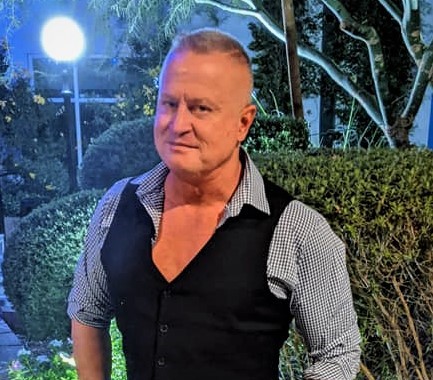 You can be assured that I’ll continue to give you the clearest and most helpful information available. When something is worth your time, you’ll know it, but I won’t spare any feelings when another asshole like Criss Angel or the next train wreck production like Magic Mike Live or R.U.N comes into town. As always, it’ll be with the intention of helping you make the most educated choices for your Vegas vacation.

Everyone loves a bargain, especially when it comes to stretching your entertainment dollar. Those deals become even better when you know how to get the most bang for your buck. Fortunately, we at BestOfVegas are constantly attending the latest and greatest productions and can help you choose the best shows, all at a discount that will make you say “Cheers!”.

Here are our top five selections in Las Vegas entertainment, each at $59 or less. Reserve your tickets now while sale prices are in effect!

Luxor‘s “King of Laughter” has been packing them into the pyramid for over 15 years…with no end in sight. The fuzzy orange funnyman with a penchant for props skewers musicians, pop culture, airline travel and NASCAR fans in a nonstop barrage of gags, guffaws, and sidesplitting characterizations. If you haven’t seen Carrot Top, you’re missing a true Sin City institution. (adult audiences only)

Top Family-Friendly – CELESTIA at The STRAT ($40)

CELESTIA may be one of the best bargains in Las Vegas right now. An epic circus of wonders without the lofty prices of its better-known counterparts, CELESTIA presents amazing feats, dancing, and acrobatics under an incredible tent that’s equal parts “old school Big Top” and “hi-tech amazement”. A large cast of talented athletes, physical comedians, and musicians will leave you gasping, laughing and cheering long after the final bows.

Atomic Saloon Show is the lastest (and maybe greatest) treat from Spiegelworld, the team that brought you ABSINTHE and OPIUM. Set in a wild west brothel overseen by the villainous madame “Boozy Skunkton”, Atomic Saloon Show invites you to a bottle-smashing bar brawl that will have you blushing, laughing and questioning your own powers of sight. To tell you any more might spoil the surprises, but don’t miss this nuclear blast of high-powered fun. 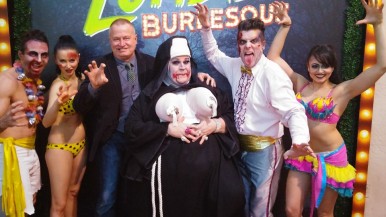 The Bronx Wanderers is a family band with a penchant for the music of Jersey Boys, Stray Cats, The Beatles, and Neil Diamond. Their expanding popularity has necessitated moving into ever-larger theaters. Now featured at Harrah’s main showroom, the multi-talented troupe is overseen by patriarch Vinny Adinolfi. Dad’s recording-industry background provides the backdrop for a marvelous collection of hits both classic and current. A must-see production that touches the heart, The Bronx Wanderers will lift you higher and send your soul dancing into the streets.

We’ll split this category right down the middle and give both Chippendales and FANTASY our top rating. The daring pair of skin-baring revues is considered to be the gold standard in their class of provocative entertainment. Delivering equal parts titillation, elegance, style, and sass, the one-two punch of Chippendales and FANTASY is all you’ll need to satisfy your thirst for sexy guys or girls. It’s worth mentioning that both genders are equally welcome at these shows, so don’t leave your other half behind…unless that’s part of your plan.

For discount tickets to all of these shows and more, follow THIS LINK to BestOfVegas.com 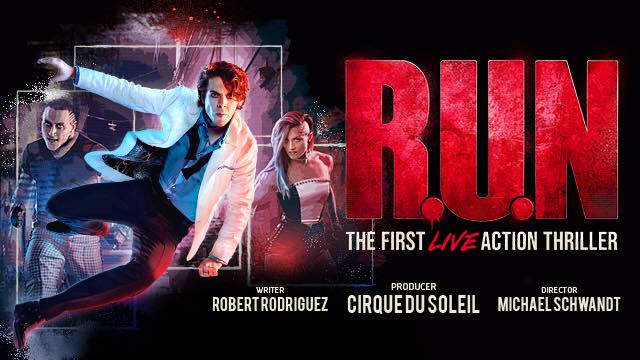 Breaking down the high-octane elements of Cirque’s new spectacle…

Strap yourself in tight and prepare for the ride of your life at R.U.N, the latest offering from Cirque du Soleil. R.U.N is a high-octane thriller that’s part action movie, part stunt show and totally unlike anything you’ve ever seen.

Billed as “The First Live Action Thriller”, Luxor’s new production blurs the line between performance art and cinema in mind-bending fashion. Written by cutting-edge film director Robert Rodriguez (“Sin City”, “Predators”, “Alita: Battle Angel”), R.U.N envelops you in a hyper-stylized vision of Las Vegas filled with gritty thugs, warring gangs, warehouse battles, and a hero on a quest to save the city. 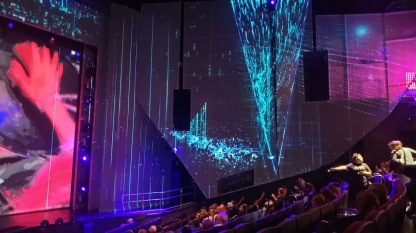 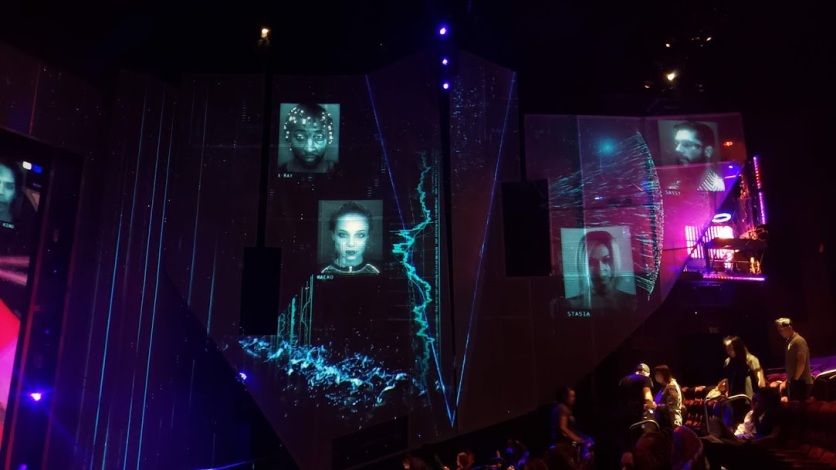 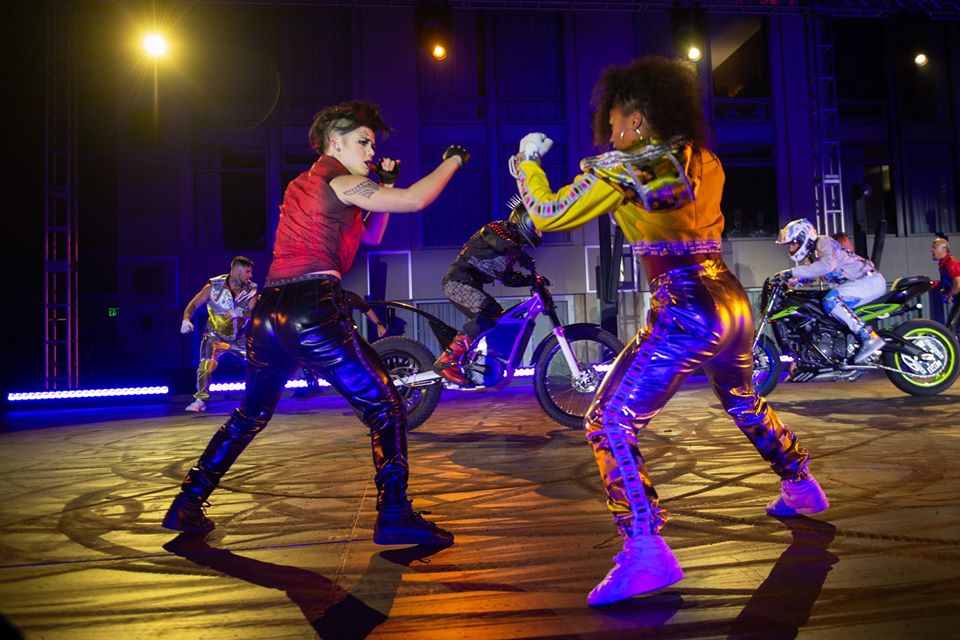 So how does a movie come alive? With the ultimate in technology and theatrical tricks, of course. Cirque du Soleil has always been at the forefront of entertainment innovation. Their employment of electronics, projection, and practical effects has been heavily integrated into productions ranging from The Beatles LOVE to Kà. R.U.N represents the next step in Cirque’s evolution, and the results are stunningly effective. 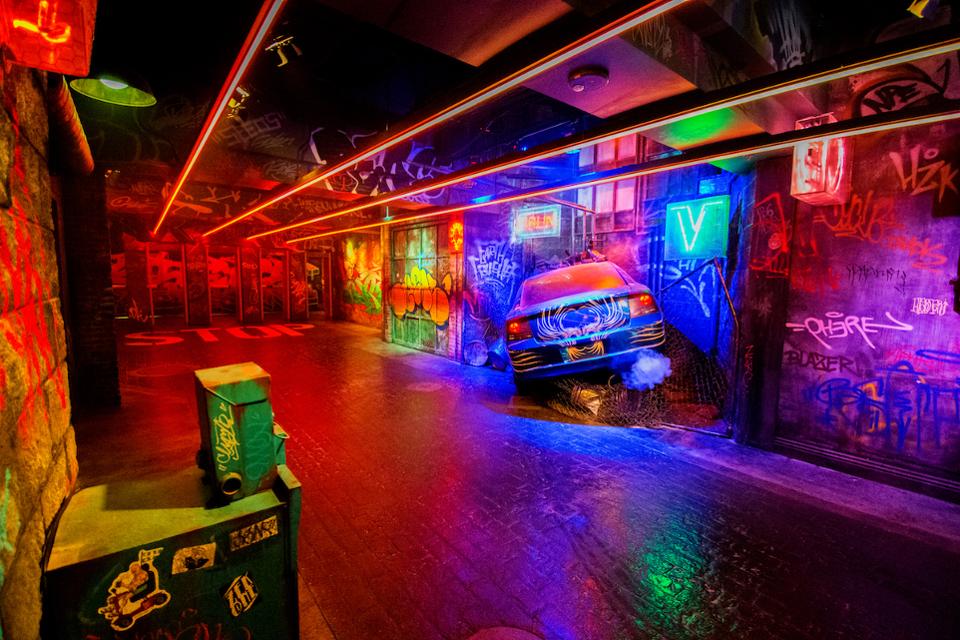 Imagine a chase across the Mojave desert recreated right before your eyes. Drivers engage in hand-to-hand combat while their cars spin, soar and race to avoid a speeding freight train. Motorcycles burst from the screen and soar up the aisles.

R.U.N performs Wednesday through Sunday at 7 pm and 9:30 pm. It is recommended for mature audiences 13 and up.